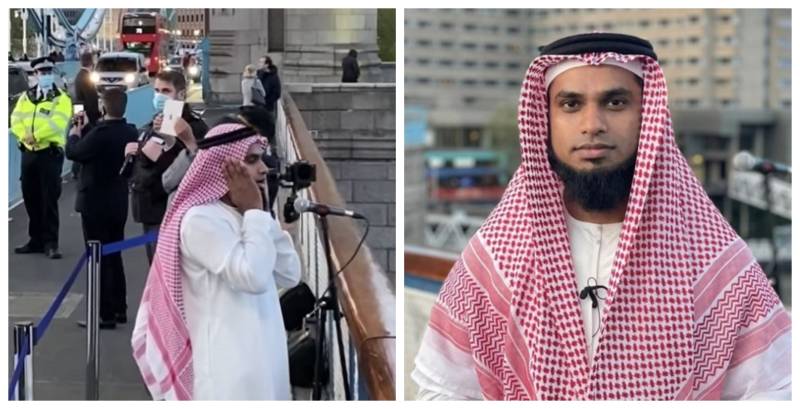 A British-Muslim has won the heart of Ummah with his soul touch call to prayer recited at London’s iconic Tower Bridge for the first time in history.

Kazi Shafiqur Rehman, an entrepreneur by profession, recited Azaan in the style of the Grand Mosque’s head muezzin, Sheikh Ali Ahmad Mulla, at the bridge to mark the last Friday (Jummatul Widda) of Ramadan 2021.

While talking to Arab News, the British-Bangladeshi Rehman said that he felt satisfaction after delivering Azaan publicly and too from the Tower Bridge.

“I am just an ordinary individual and for me to be blessed with such an opportunity is humbling,” he said.

Rehman has been delivering calls to prayer in the mosques for the past two decades, however, this is the second time he has saud Azaan at London’s iconic place.

Last year, he had delivered Azaan at Canary Wharf in London. His video was watched a million times.

Muslims from across the world has shared their feelings on social media.

Frist time the Muslim call to prayer from Tower bridge In Conjunction with the East London Mosque. pic.twitter.com/wlAunZqGpX

Tourists wandering Granada’s Alhambra Palace in Spain were in for a surprise when they suddenly heard the Islamic ...