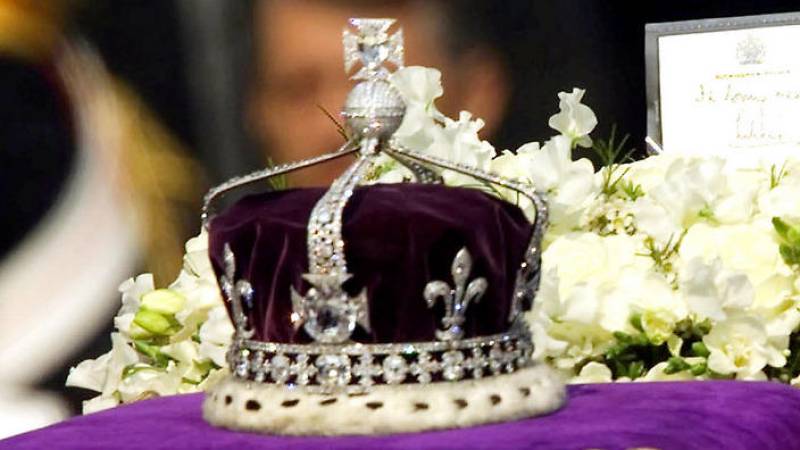 LONDON (Web Desk) -  A lobby group made up of Indian businessmen and actors is mounting a legal challenge against Queen Elizabeth II demanding the return of the world famous Koh-i-noor diamond to India, Times of India reported.

The 105-carat stone, believed to have been mined in India nearly 800 years ago, was presented to Queen Victoria during the Raj and is now set in a crown belonging to the Queen's mother on public display in the Tower of London.

"The Koh-i-Noor is one of the many artefacts taken from India under dubious circumstances.

Colonisation did not only rob our people of wealth, it destroyed the country's psyche itself. It brutalised society, traces of which linger on today in the form of mass poverty, lack of education and a host of other factors," De Souza told 'Sunday Telegraph'.

The legal action coincides with Prime Minister Narendra Modi's visit to the UK this week, which includes a lunch hosted by the Queen at Buckingham Palace.

The Koh-i-Noor, which means "mountain of light", was once the largest cut diamond in the world and had been passed down from one ruling dynasty to another in India.