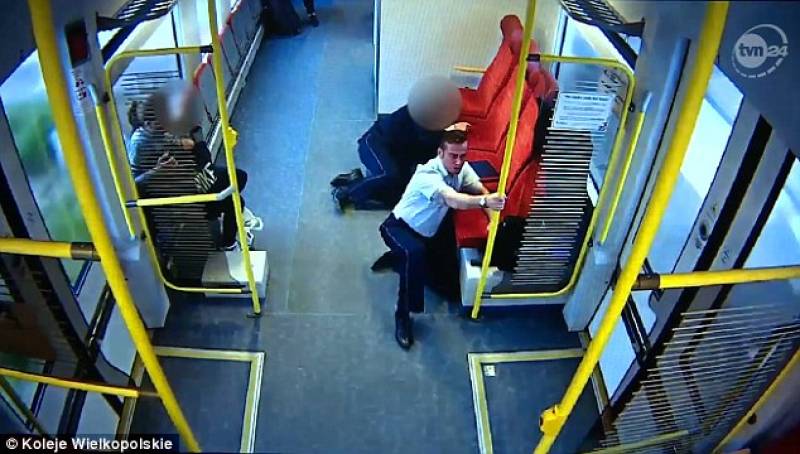 WARSAW: A heroic train driver saved carriages filled with commuters after running down the train to warn passengers of a lorry blocking the track.

Heart-stopping footage shows the moment that the truck collides with the front of the train in the middle of the Polish countryside.

CCTV on board also shows the brave driver running down the aisles to warn confused travelers.

The passengers are initially surprised that the driver isn’t controlling the train.

But they duck under their seats after the train driver appears to shout something at them. Those who cannot get under try to stay as low to the ground as possible as they await the crash.

By ducking down, the passengers were able to make it through the crash safely.

It appears that nobody was hurt in the shocking crash.