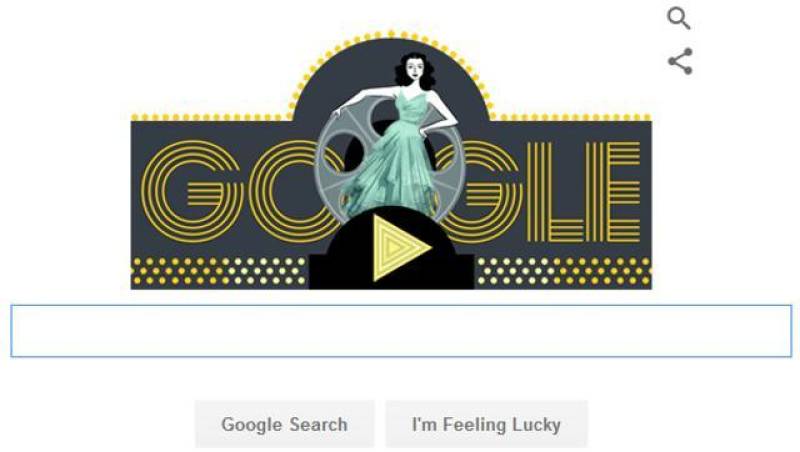 LONDON (Web Desk) - The Unites States and Australian film actress Hedy Lamarr would have turned 101 years old today and to honour the scientist, Google has dedicated a doodle to her on its homepage.

Hedy Lamarr's work on frequency enabled the inventions like GPS, Bluetooth and Wi-fi.

On her 101st birth anniversary today, here is why she deserved this special doodle.

Some facts you should definitely know about the scientist and actress:

Hedy Lamarr was born in 1914 as Hedwig Eva Maria Kiesler

She earlier began to work in the film industry, first as a script girl, and soon as an actress.

Her first husband, Friedrich Mandl, bought up as many copies of Ecstasy as he could find in an attempt to restrict its public viewing because he felt that the movie had simply exploited his wife

In Paris, she met Louis B. Mayer, who hired her but insisted that she change her name to Hedy Lamarr as she had been known as 'the Ecstasy lady'

In 1966, she was arrested for shoplifting in Los Angeles.

The charges, however, were eventually dropped. In 1991, she was arrested on the same charge in Florida.

At the beginning of World War II, she was asked to help the war effort by using her celebrity status to sell war bonds, which she did with great success.

Lamarr's earliest inventions include an improved traffic stoplight and a tablet that would dissolve in water to create a carbonated drink. The tablet was unsuccessful

During World War II, Lamarr's work on 'frequency hopping' paved the way for modern day technologies such as Bluetooth, GPS and Wi-fi.