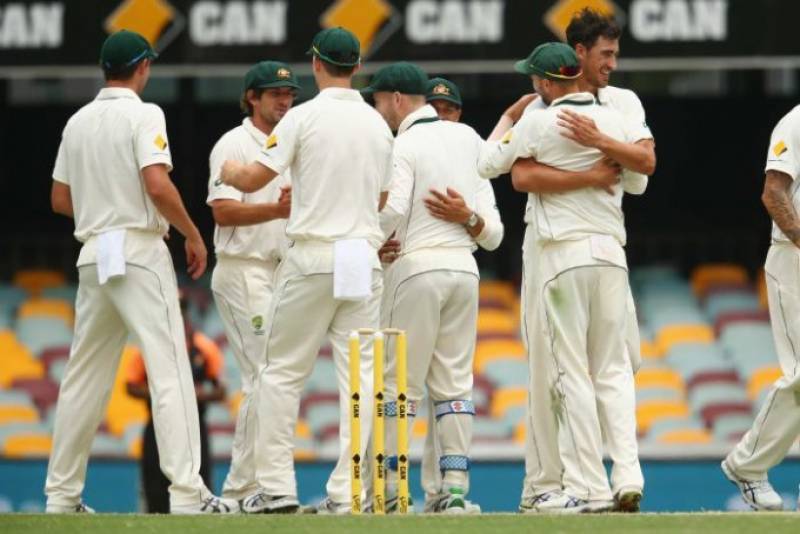 BRISBANE (APP) - Australia beat New Zealand by 208 runs in the first Test at the Gabba on Monday to go one-up in the three-match series.

The Australians dismissed the Kiwis for 295 as they chased an improbable 504 runs for victory.

“It was a difficult game,” McCullum said. “I think Australia were outstanding. They played right from ball one, they put us under a lot of pressure.”

David Warner was named man of the match for his twin centuries.

The Australians claimed the seven remaining wickets on the final morning to take the lead in the three-Test series.

“I think it is a nice way to start the summer to, be up one-nil in a three-match series,” captain Steve Smith said.

Australia head to Perth for Friday’s second Test with the Kiwis facing a mounting injury toll.