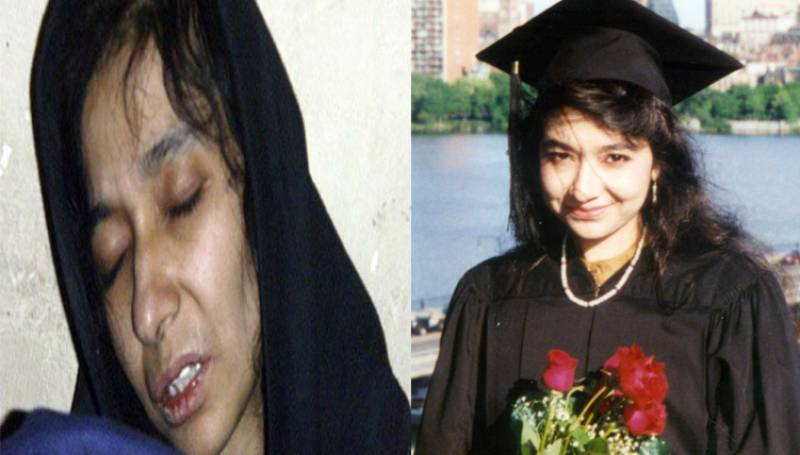 ISLAMABAD - The Pakistani government in the past missed various chances to get freed Dr. Aafia Siddiqui from the US prison, claimed the sister of neuroscientist on Thursday.

Dr Fouzia Siddqiui, who is struggling for her sister's release since her detention by the US government, said that Washington offered Islamabad to swap Raymond Davis, a CIA operative involved in killing of two men in Lahore during Pakistan People's Party government in 2011, for Aafia but the government availed other things in exchange for that.

"I have clear-cut evidence that US offered Aafia for his exchange," she added.

Dr. Aafia Siddiqui is a Pakistani neuroscientist serving her 86-year sentence at a federal prison in the United States (US) for almost a decade.

She further claimed that the government wasted another chance when the US wanted Pakistani neuroscientist's swap in exchange for Brigadier Bowe Bergdahl, a former US army officer who spent years in Afghan Taliban captivity until his release in 2014.

Fouzia also accused Pakistani government of not taking steps to seek a presidential pardon for her sister from former US President Barack Obama.

She also pinned hopes on Prime Minister Imran Khan for return of her sister, adding that she was cent per cent hopeful that Aafia would soon be coming to Pakistan now.

The comments of Fouzia comes a day after Pakistan raised the issue of "respecting the human and legal rights" of Dr. Aafia Siddiqui with the US officials.

ISLAMABAD - The Pakistani government has taken up the issue of "respecting the human and legal rights" of Dr. Aafia ...

According to a statement issued by the Foreign Office, the issue of respecting the human and legal rights of Dr. Afia Siqqiqui was raised in a meeting with Alice Wells, Principal Deputy Assistant Secretary of State for the Bureau of South and Central Asian Affairs, on November 6.

"Government of Pakistan has been raising the issue of Dr. Afia Siddiqui with US authorities regularly. Pakistan's CG in Houston pays Consular visits to Dr. Siddiqui, periodically, to inquire about her wellbeing and conveys her messages to Dr. Afia's family if any," read the statement.