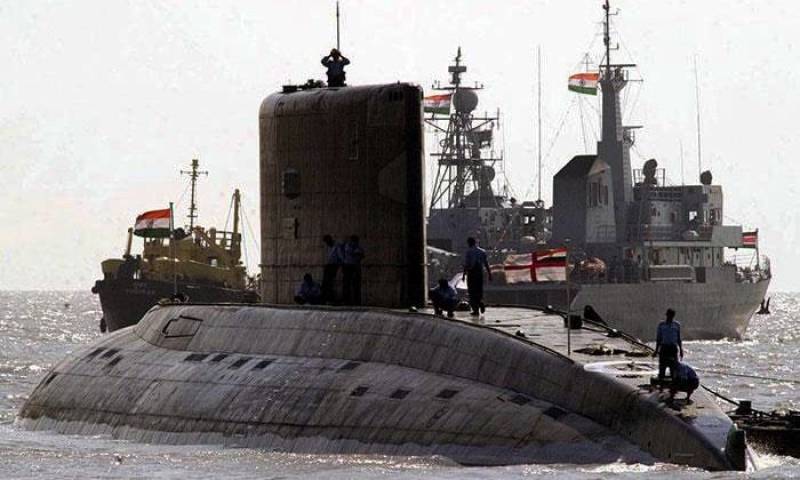 ISLAMABAD - Foreign Office Spokesperson Dr. Mohammad Faisal expressed on Thursday that the first actual deployment of ready to fire nuclear warheads in South Asia by India is a matter of concern not only for the Indian Ocean littoral states but also for the international community.

Speaking at his weekly briefing in Islamabad, he said Pakistan has taken note of the first "deterrence" patrol of the Indian nuclear submarine and the self-congratulatory messages in India.

The bellicose language employed by the top Indian leadership highlights the threats to strategic stability in South Asia and raises questions about responsible nuclear stewardship in India, Dr Faisal observed.

The foreign office spox said the increased frequency of missile tests by India, aggressive posturing and deployment of nuclear weapons calls for an assessment of the non-proliferation benefits resulting from the Indian membership of the Missile Technology Control Regime.

ISLAMABAD - The Foreign Office of Pakistan has clarified that Asia Bibi, a blasphemy suspect who was set free by the ...

Dr Faisal reiterated that Pakistan was committed to the objective of the strategic stability in South Asia and believes that the only way forward for both the countries is to agree on measures for nuclear and missile restraint.

'At the same time no one should be in doubt about Pakistan's resolve and capabilities to meet the challenges posed by the latest developments,' he noted.

The response came after Indian Nuclear-powered submarine INS Arihant successfully completed its first deterrence patrol this week, making India a state having the capability to design, construct and operate such a submarine