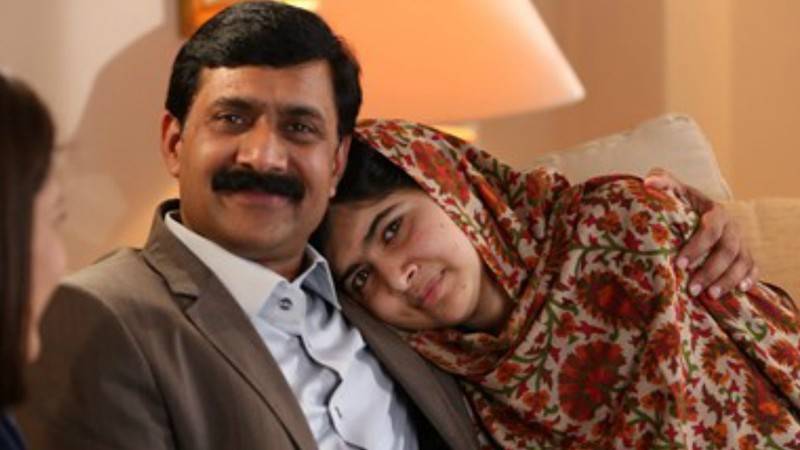 LONDON -  Malala Yousafzai is in high skies and is supporting to her father, Ziauddin Yousafzai on his biography ‘Let Her Fly’ getting published on Thursday.

The youngest Nobel laureate wrote a loving message on her Twitter handle supporting her father as biography ‘Let Her Fly’ got published.

She wrote, “Always proud of my father @ZiauddinY, but today I’m especially so. His new book “Let Her Fly” is available now,”

Ziauddin Yousafzai has expressed his views of fighting for equality, injustice first for his daughter and then for all girls in the world.

Always proud of my father @ZiauddinY, but today I’m especially so. His new book “Let Her Fly” is available now https://t.co/NeA8vD0uo2 pic.twitter.com/LFZd6RCdy8

The book is also based on  Yousafzai’s account of being the father of the girl who survived the infamous attack by Taliban while she was a teenager. It also narrates his own fight for equality.

On October 2012, 15-year old Malala was shot in the head at point-blank range by Taliban gunmen as she was on her way home in the school bus in Swat valley.

She went on to become the youngest recipient of the Nobel Peace Prize at the age of 17 in recognition of her efforts for children’s rights and women’s education.

Parents are a true blessing of nature and we no matter how old a girl gets she will always be her Daddy's little princess.

We here wishing Good Luck to Malala's father and her for a bright future ahead.