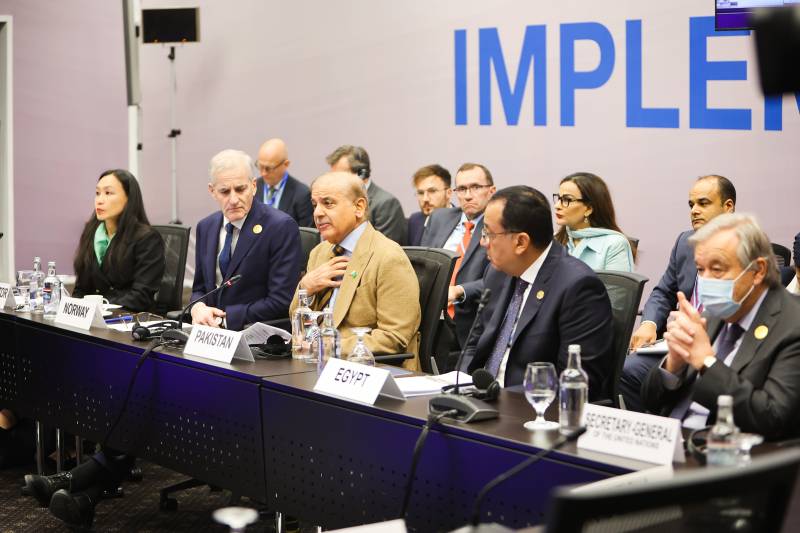 ISLAMABAD – Prime Minister Shehbaz Sharif has urged the international community to extend additional financial aid to his country and not the loans to set up resilient infrastructure as the South Asian country suffered life and economic losses due to massive floods this years.

The premier has wrapped up his two-day visit to Egypt where he attended the Sharm El-Sheikh Climate Implementation Summit, COP-27 where he attended various events and held bilateral meetings with world leaders.

In a tweet, the premier said at High-Level Segment of COP27, he presented flood devastation in Pakistan as an example of what climate change can do to a country.

He said that he drew the global leaders' attention to the need for bridging massive financing gaps, inclusion of loss and damage in the COP27 agenda.

The Prime Minister said he urged the world to wake up to the defining challenge of climate change in terms of translating commitments into real-life outcomes.

He said this calls for a transformational shift in flow of capacities, finances and technology to deal a decisive blow to the challenge of climate change.