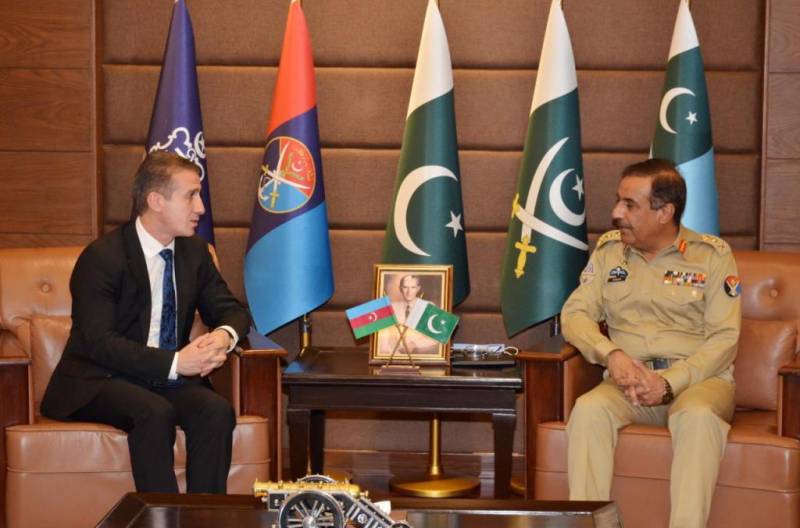 As per the military’s media wing, matters of bilateral interest and regional security were discussed during the meeting.

The CJCSC reaffirmed the brotherly relationship between both the countries built on strong foundations.

He said that Pakistan Armed Forces fully support Azerbaijan’s position on Nagorno-Karabakh, which is in line with the several unanimously adopted United Nations Security Council resolutions.

Azerbaijan and Armenia have been on war footing over the disputed region of Nagorno-Karabakh. More than 300 people have died and thousands displaced since the latest fighting broke out on 27 September.

Last month, Pakistan’s Foreign Office had shown its deep concerns over the deteriorating security situation in disputed Nagorno-Karabakh region between Armenia and Azerbaijan.

Meanwhile, Armenia and Azerbaijan have confirmed that their foreign ministers will come for talks to Moscow, the RIA news agency cited Russia’s foreign ministry as saying.

With President Vladimir Putin calling for a halt to military actions in the Nagorno-Karabakh conflict, the Kremlin extended the invitation to Azeri Foreign Minister Jeyhun Bayramov and his Armenian counterpart Zohrab Mnatsakanyan on Friday.