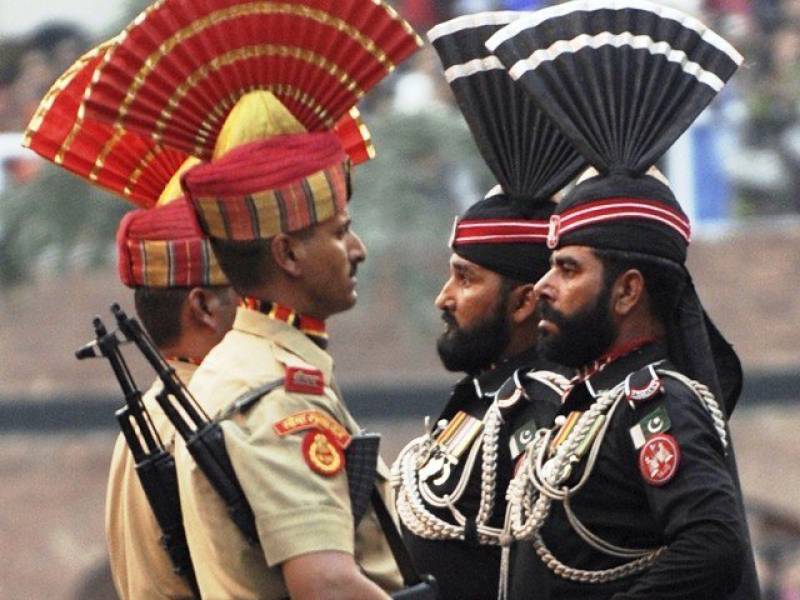 NEW DELHI (Online): The Indian Border Security Force (BSF) is planning on proposing a sports competition with the Pakistan Rangers in a bid to ease tensions between the two countries before upcoming talks in New Delhi.

“A sports competition is a possible confidence building measure — BSF and Rangers can play cricket, hockey or any sport at a mutually-accepted location near the border to which both sides agree,” a senior government official said on Wednesday, as quoted by The Economic Times.

A 16-member Pakistani delegation left on Wednesday for New Delhi to hold bi-annual talks with Indian Border Security Force (BSF). “In order to avoid losses to innocent civilian lives and properties, the delegation will discuss issues pertaining to unprovoked ceasefire violations, smuggling and safe and early return of those inadvertently cross the border,” a Pakistan Rangers official said.

“Both border guarding forces will discuss professional matters related to border management,” the official added. The talks which will take place from September 9 to September 12 are held alternatively in India and Pakistan.

The delegation headed by Director General for Pakistan Rangers (Punjab) Major General Umar Farooq Burki comprises of Punjab and Sindh Rangers, officials from the interior ministry and the anti-narcotics force.

On August 26, the announcement for the meeting between DG Pakistan Rangers and inspector general (IG) of India’s Border Security Force (BSF) came barely a week after the last-minute cancellation of a scheduled meeting between the national security advisers of the two countries.

The meeting which comes after talks between national security advisers of both countries were called off, is a routine meeting and not part of the understanding reached between Premier Nawaz Sharif and his Indian counterpart Narendra Modi in the Russian city of Ufa.

Pakistan has urged the United Nations Security Council to take notice of the escalating incidents of firing by Indian troops across the LoC in the disputed Himalayan territory of Kashmir and the Working Boundary in which a large number of civilians have been killed and injured.