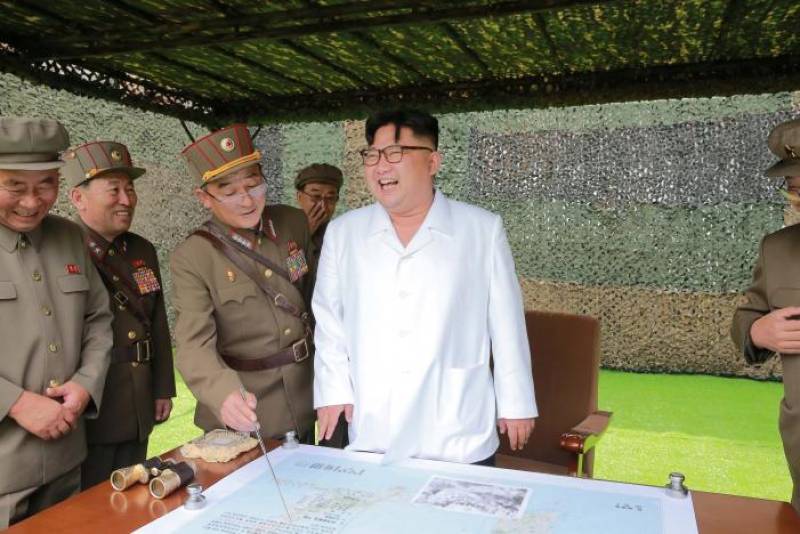 PYONGYANG - A 5.3 magnitude surface-level tremor was Friday recorded by the US Geological Survey in North Korea as the country conducted a 'successful' fifth nuclear test.

The quake was recorded at 3:00am GMT (9:00am Local Time). The epicentre was found to be 18 km east-northeast of Sungjibaegam, North Korea. Agencies in South Korea, China, Japan also recorded the tremor. 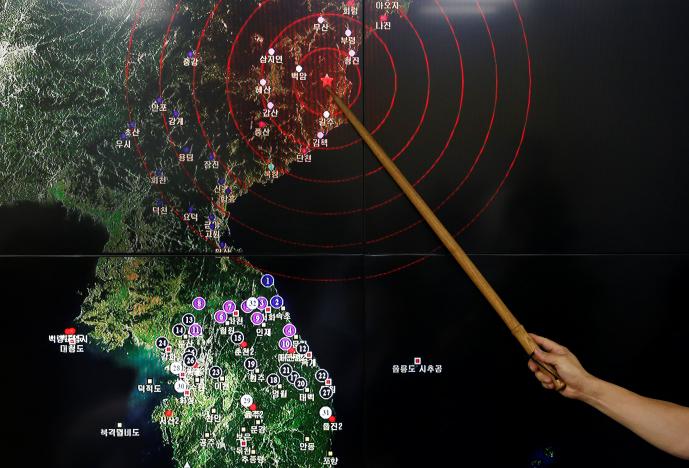 North Korean state-run news agency KCNA said that the nuclear test by the country was successful. The test confirmed nuclear warhead could be mounted on ballistic rockets.

The nuclear test coincided with the anniversary of the day when North Korea was founded as a republic in 1948.

South Korean President Park Geun-hye, in a statement after the test, confirmed that it was a nuclear test, further adding that North Korean leader Kim Jong Un was exhibiting his recklessness by completely ignoring the warnings by world leaders and the sanctions imposed by the United Nations Security Council (UNSC).

Japanese Defence Minister Tomomi Inada also expressed serious concerns towards the development, saying that it was not a hydrogen bomb test, a North Korea's new advancement in ballistic missile technology.

"These advances pose a serious threat to Japan and other allies in the region," the statement added.

Earlier on Monday, North Korea had fired as many as three ballistic missiles towards Japan and al least one of the medium-range missiles landed in Japan's exclusive economic zone.