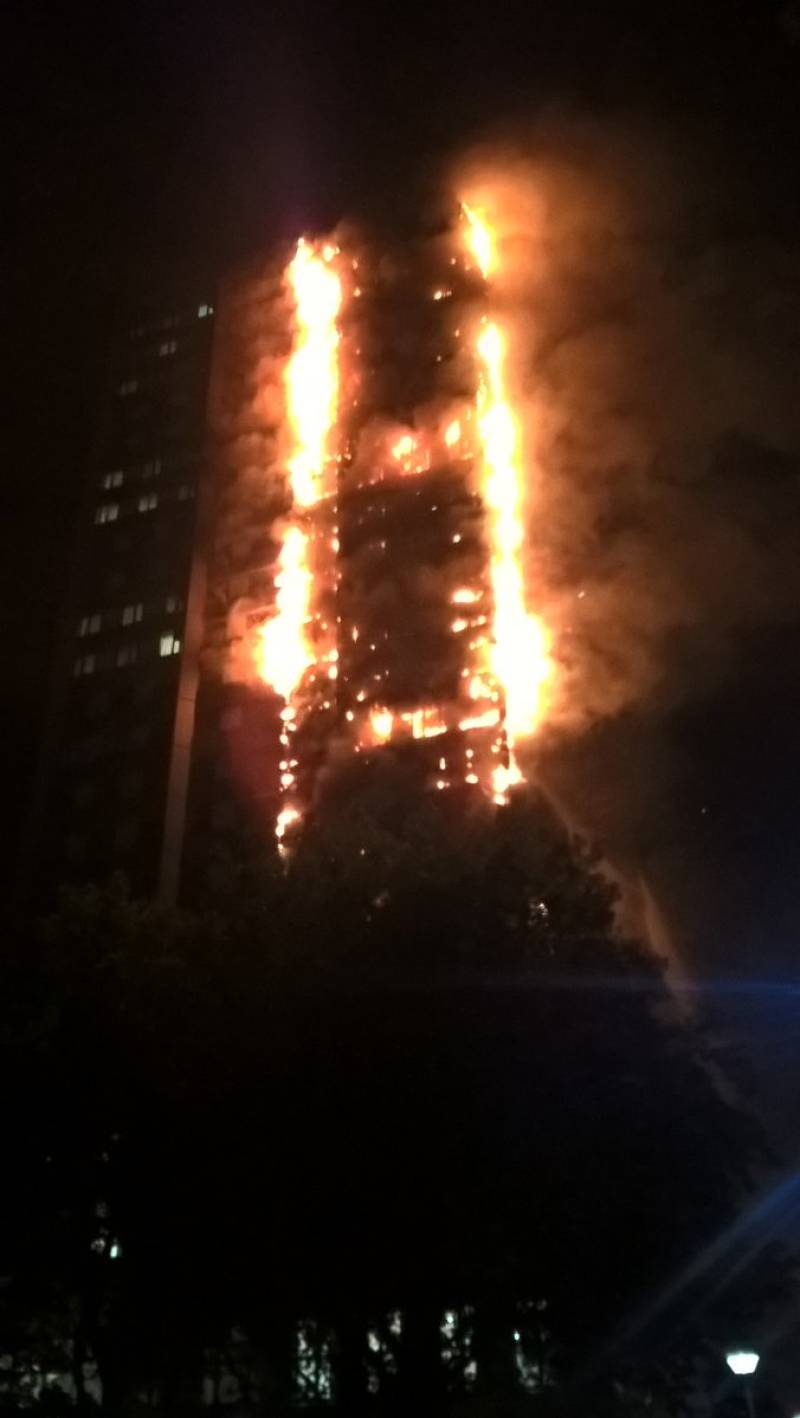 According to London Fire Brigade, the incident of fire at Grenfell Tower, part of the Lancaster West housing estate about a mile north-west of Kensington Palace, was reported at 12:54 am Wednesday.

Crews continue to work hard at tower block fire in #NorthKensington Fire is from 2nd to top floor of 27 storey building pic.twitter.com/lAwhZl6Jf3

The tower was being evacuated while 40 fire engines and 200 firefighters are battling the inferno. 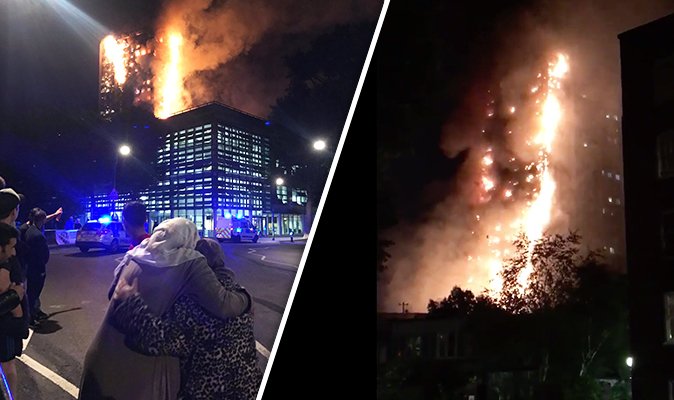 "This is a large and very serious incident and we have deployed numerous resources and specialist appliances," Assistant Fire Commissioner Dan Daly said in a statement.

It is being reported that fire is getting worst and screams of people trapped inside the building can be heard calling for help.

A number of people who received injuries were being treated outside the building or shifted to hospitals, while no causality has been reported so far.

London Ambulance Service has said in a statement released on Twitter, "We have taken 30 patients to five London hospital following the fire at Lancaster West Estate, W11".

We have taken 30 patients to five London hospitals following the fire at #GrenfellTower & we remain on scene pic.twitter.com/lxfRseAIkg