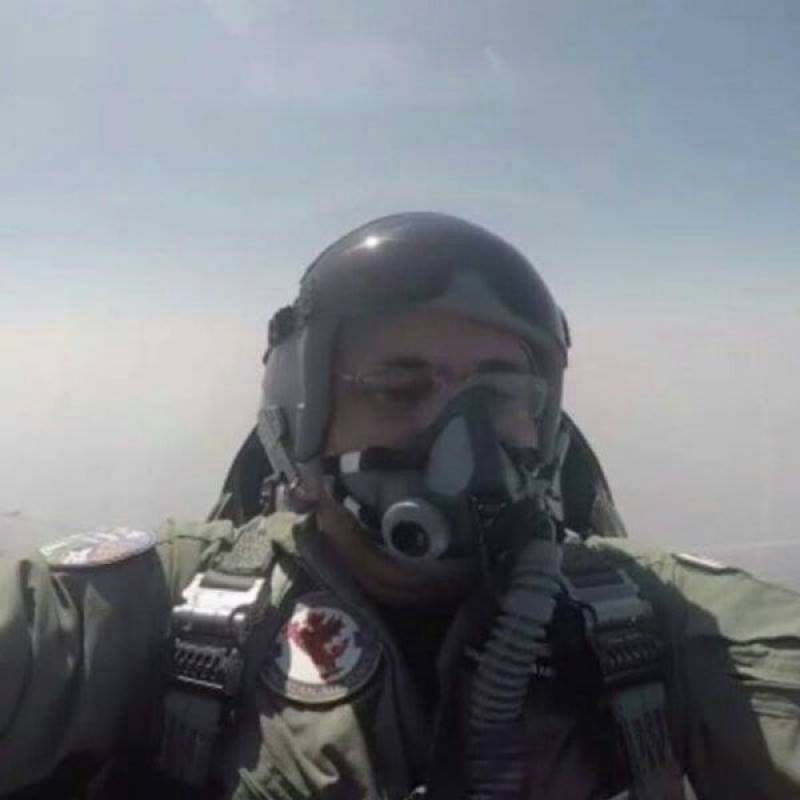 SARGODHA - Shahid Khaqan Abbasi on Saturday became Pakistan’s first head of the state to have participated in a flying mission.

During his visit to the newly established Airpower Center of Excellence (ACE) at Mushaf air base of the Pakistan Air Force (PAF) in Sargodha, the prime minister flew with a seasoned pilot on an exercise training mission in an F-16 fighter aircraft, belonging to the No 9 Squadron. 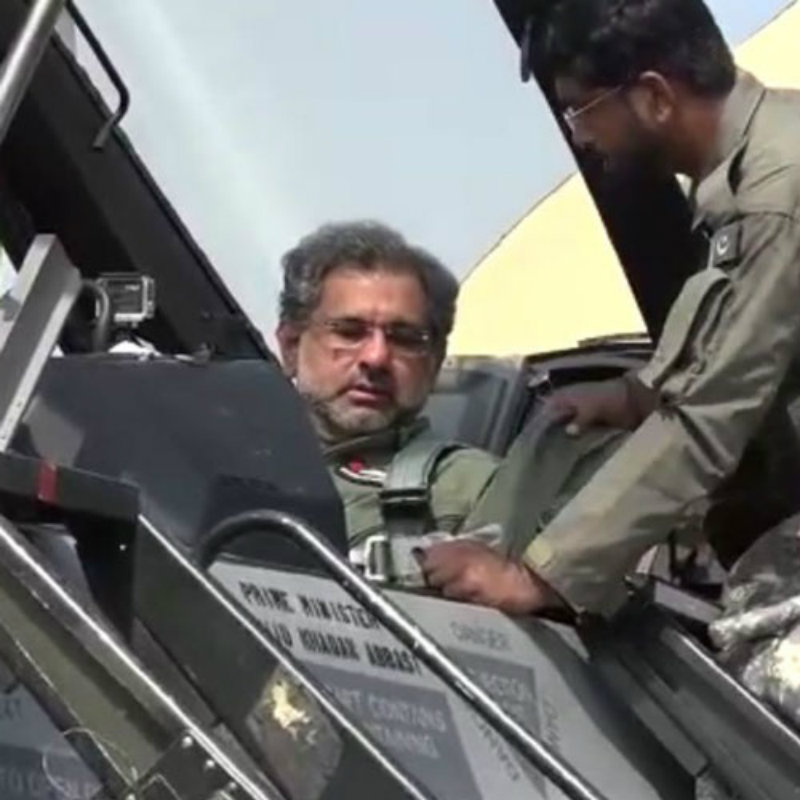 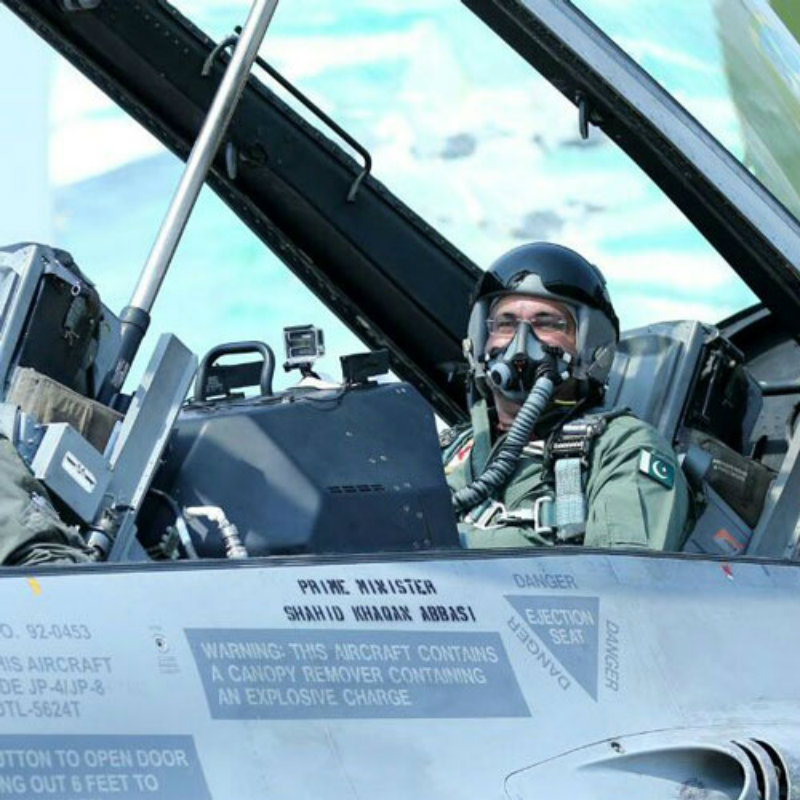 After landing back at the air base, the prime minister interacted with the combat Air and Ground crew of the squadron. 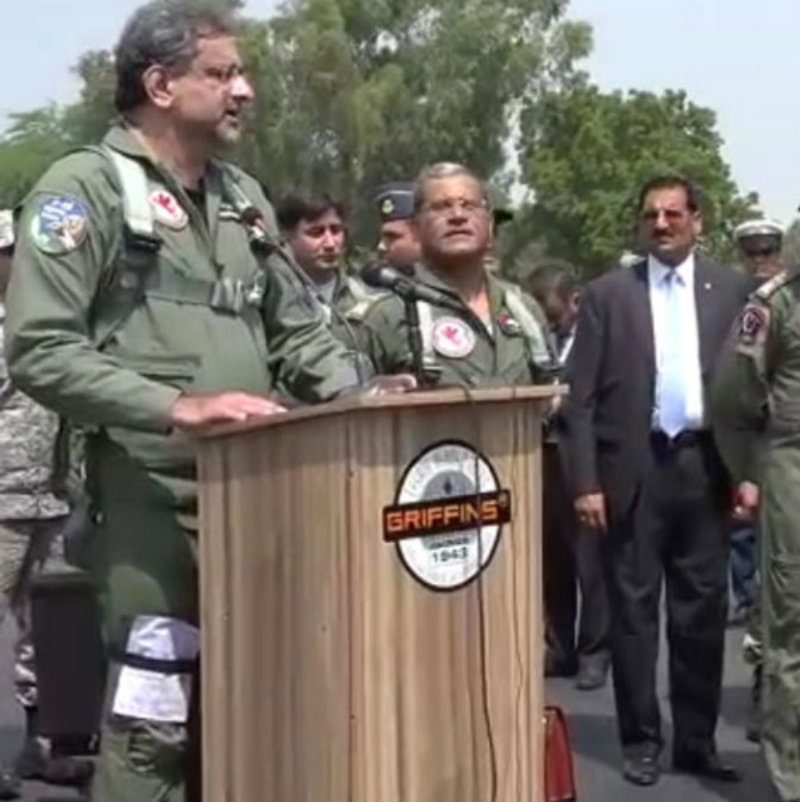 The newly established facility is a premier institution which has been equipped with state of the art facilities and infrastructure. Besides training PAF personnel, this institute would also train the combat crew of friendly air forces by conducting multinational, training exercises. 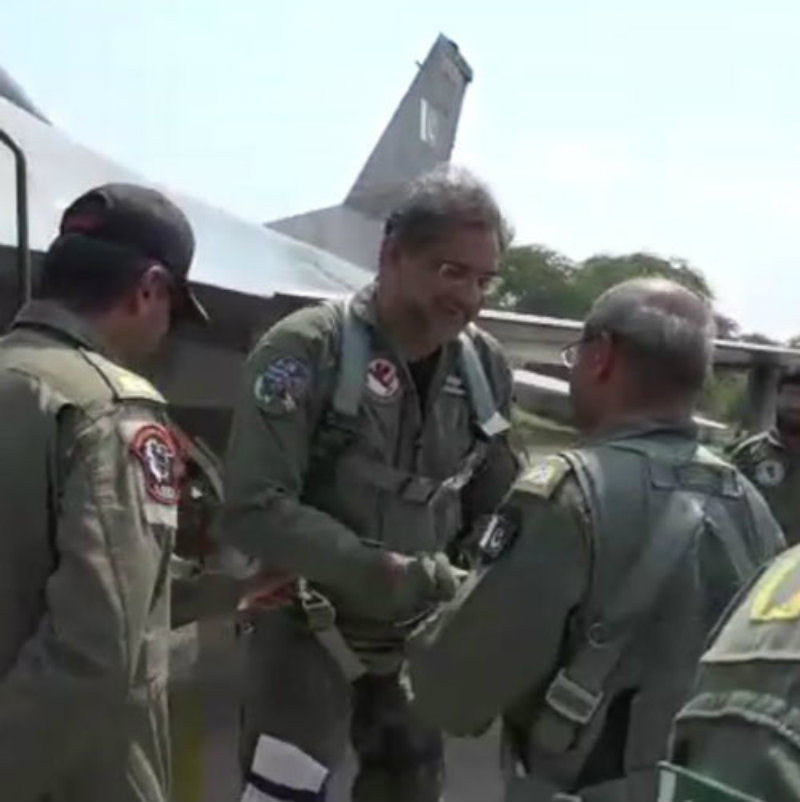 Abbasi was also briefed on the ongoing exercise, Saffron Bandit. The first ever multinational exercise will be held in October and would have participation from personnel from 19 air forces.

Abbasi appreciated the critical role Pakistan Air Force (PAF) has been playing towards guarding aerial frontiers of the country and fighting the menace of terrorism.

Air Chief Sohail Aman, who had earlier received the prime minister, briefed him over PAF’s contribution to nation building and in the field of education. 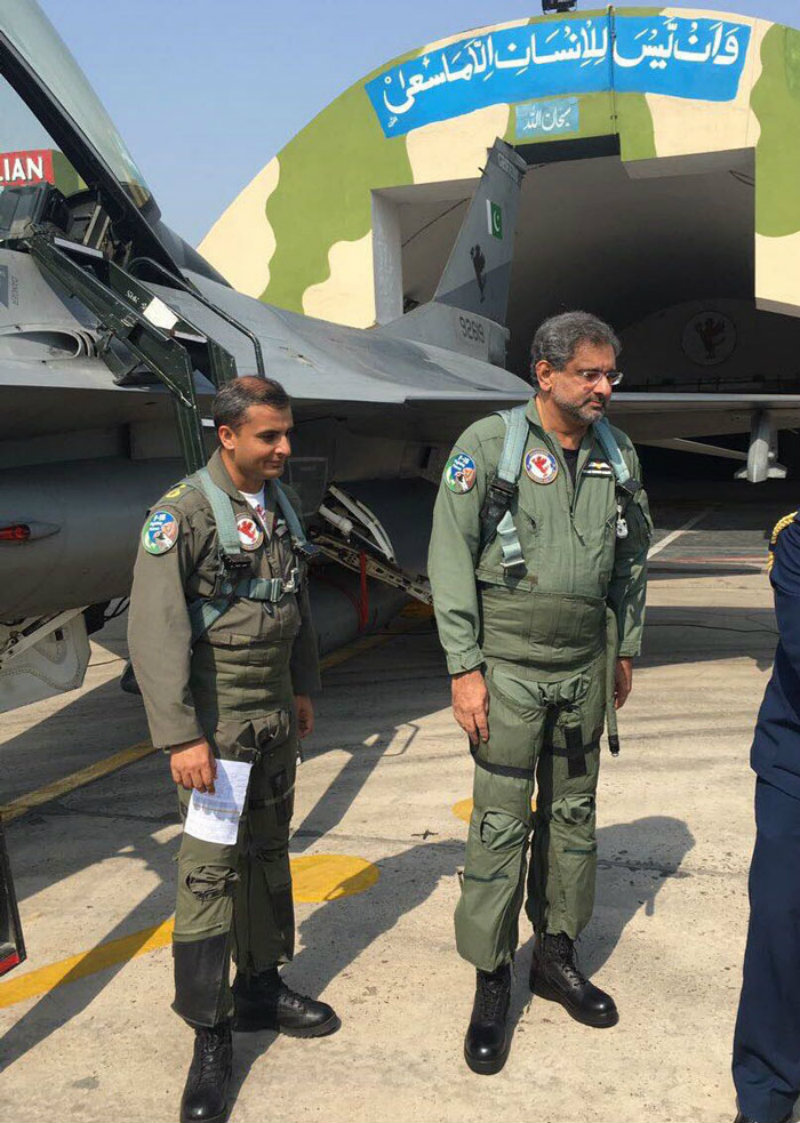 Abbasi also took a keen interest in the Aviation City project, established in Kamra to bring an innovative approach in the field of aviation. The project would focus mainly on research and development initiatives.

He was elected prime minister by lawmakers in the National Assembly, bagging 221 votes. He sworn in as 18th Prime Minister of Pakistan on August 1, 2017.

The air forces of china and Pakistan began joint training exercises in China last Thursday, which will continue till 27th of this month.

The "Shaheen" joint training was launched by the Chinese and Pakistani air forces in March 2011.