Things heated up between Serena Williams and Umpire Carlos Ramos at the U.S open finals on Saturday. Williams lost to a 20 year old tennis sensation Naomi Osaka. The feud began on court as Ramos docked points from Williams when her coach Patrick Mouratoglou made a gesture from his box to which Ramos said it’s ‘coaching violation’.

"You owe me an apology!"

Serena was fired up with the official in the final set of the US Open final. pic.twitter.com/r6RSbrirnV

Serena again got a point penalty after she broke her racket in frustration and Williams this time was not having it she went after the umpire Ramos “I have never cheated in my life. I have a daughter and I stand for what’s right for her. I’ve never cheated and you owe me an apology.” She yelled at the umpire. 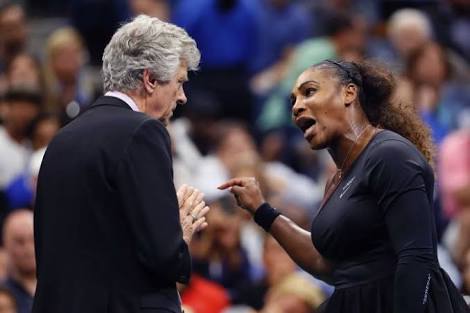 Williams called out sexism as men would get away with anything in sports but women will be targeted for the same thing. “It has happened to me too many time, this is not fair... you know how many other men do things that are much worse than that. This is not fair. There are a lot of men out here that have said a lot of things because they’re men, that doesn’t happen to them. This is unbelievable.” She told Ramos.

These points advantages Osaka by a huge lead which benefitted her in the second set and gave her the title. Osaka is the youngest to win the slams title. However Williams has take upon herself to make sure Ramos and her will never be on the same court.