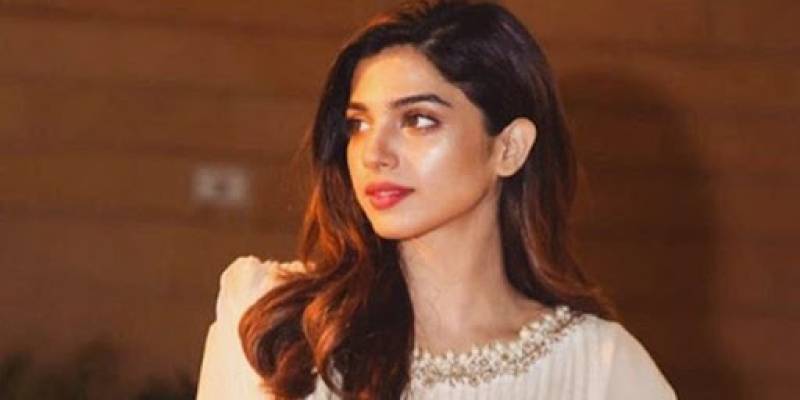 Dirilis Ertugrul has been one of the biggest conversations in Pakistan amidst the global pandemic and Sonya Hussyn is sick of people ranting about the show.

The Mohabbat Tujhe Alvida actor uploaded an Instagram story and requested people to stop talking obsessing over the Turkish series and its cast. 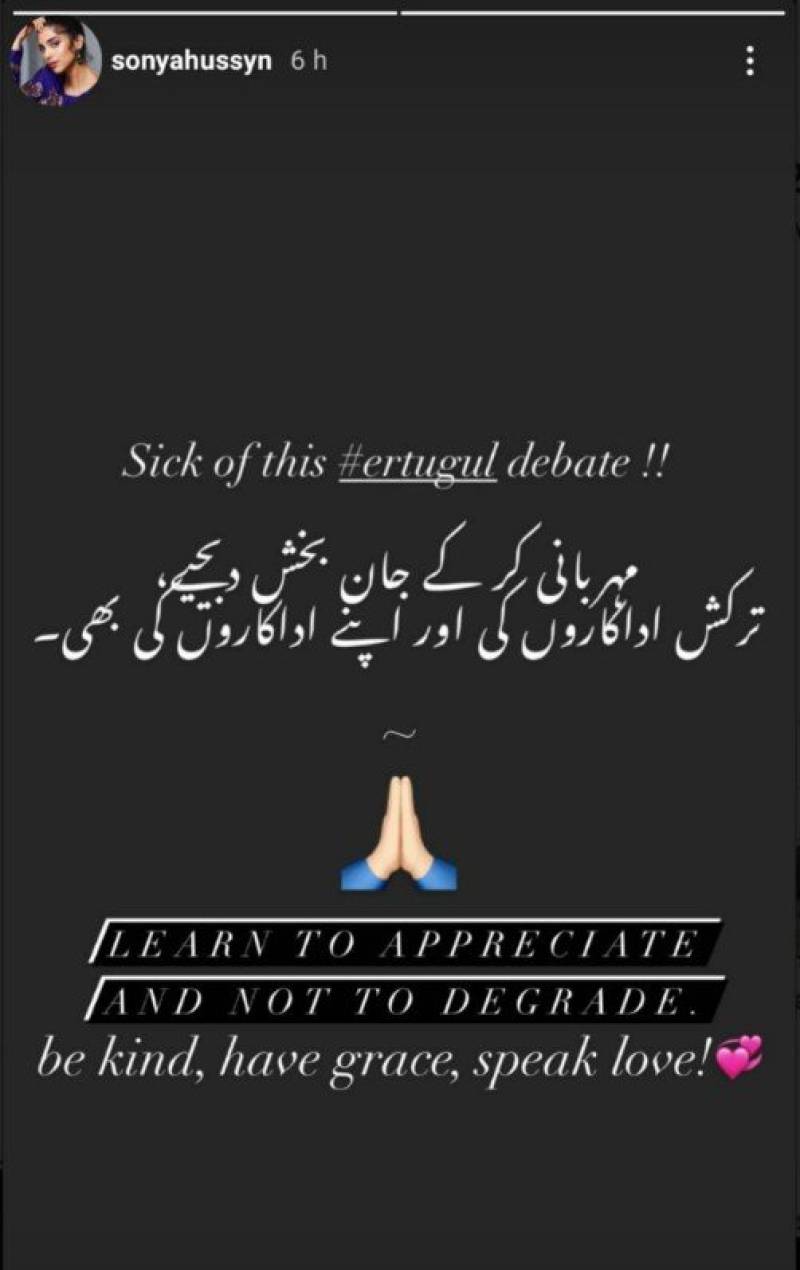 A few weeks ago, Hussyn became the center of controversy as her comment about Autism being a mental illness did not sit well with many people and soon led to some heavy bashing from her followers.

Hussyn is currently playing the role of a schizophrenic girl in the drama serial, Saraab. While promoting the project, Sonya had shared a poster highlighting various mental illnesses and a netizen argued autism should not be considered as one.

Consequently, the starlet posted an elaborate note on Instagram to clarify her stance and said, "Amidst the debate, we should always remember to focus on the bigger picture. At the end of the day, we’re all hoping to spread more awareness about mental health and benefit the cause.

"It is sad that as a society, we are led by a few to ignore someone's intent and a bigger picture," she added. "Instead, we focus to choose on small details that result in negating the original purpose of benefiting a cause or an individual. Mental wellness and health are subjects I have spoken about before becoming an actor. I have always encouraged others to feel comfortable when starting conversations about the same. This is a subject close to me because of my experience with Amii, who struggled depression for 15 years."

The Mohabbat Tujhe Alvida star went on to say, "To calibrate my knowledge and discuss the subject further, I will go on my social media soon with a qualified expert on mental health and wellness."

"All those who only choose to bash or criticise others, have given me more reason to talk about such issues,” concluded Hussyn.