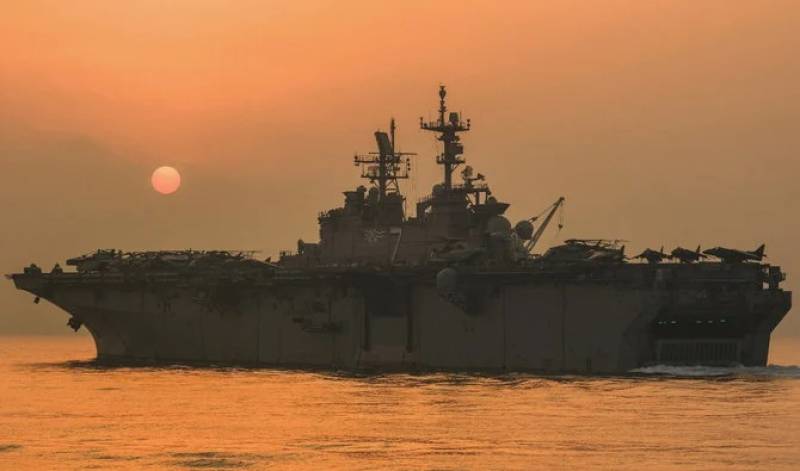 DUBAI — The Middle East-based 5th Fleet of the US Navy has said it will launch a new task force equipped with airborne, sailing and underwater drones after years of maritime attacks linked to the ongoing tensions with Iran.

However, Navy officials refused to identify the systems they would introduce from Bahrain. However, they promised the coming months would see the drones stretch their capabilities across a region of chokepoints crucial to both global energy supplies and worldwide shipping.

Vice Admiral Brad Cooper, who leads the 5th Fleet, said: “We want to put more systems out in the maritime domain above, on and below the sea. We want more eyes on what’s happening out there.”

US Navy’s 5th Fleet includes the crucial Strait of Hormuz, the narrow mouth of the Arabian Gulf through which 20 percent of all oil passes. It stretches as far as the Red Sea reaches near the Suez Canal, the waterway in Egypt linking the Mideast to the Mediterranean, and the Bab Al-Mandab Strait off Yemen.

According to reports, the systems being used by the 5th Fleet’s new Task Force 59 will include some of those involved in an April test led by the Navy’s Pacific Fleet. Drones used in that exercise included ultra-endurance aerial surveillance drones, surface ships the Sea Hawk and the Sea Hunter and smaller underwater drones that resemble torpedoes.

The US Navy’s 5th Fleet includes shallow water areas, salty waters and temperatures in the summertime that can go above 45 degrees Celsius with high humidity. That can prove rough for crewed vessels, let alone those running remotely.

“I think that environment really suits us well to experiment and move faster,” the admiral said. “And our belief is if the new systems can work here, they can probably work anywhere else and can scale them across other fleets.”