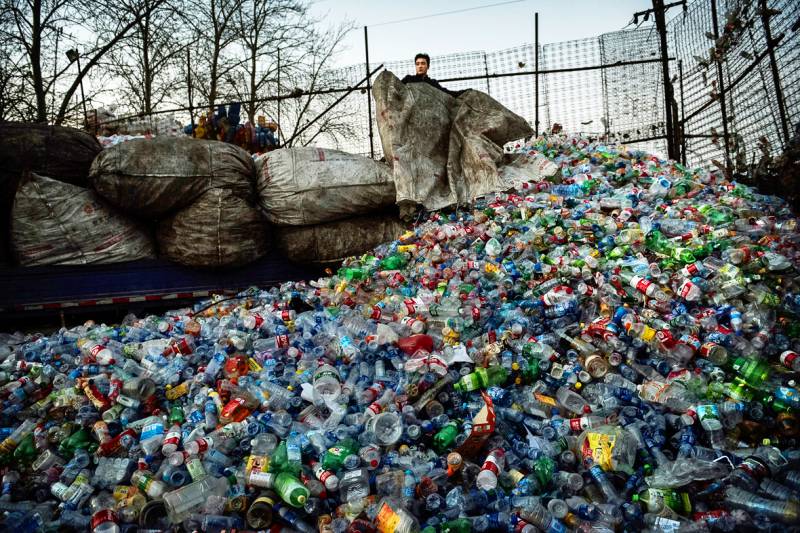 BEIJING - The United States has urged its trade rival China to keep importing tons of its garbage, brushing aside its proposed ban on imports of scrap materials.

The US trade representative urged China on Friday to re-examine one of its decisions, made in July last year about banning imports of 24 types of solid waste materials, including soda bottles, mixed paper, recycled steel and newsprint from the United States.

"We request that China immediately halt implementation and revise these measures in a manner consistent with existing international standards for trade in scrap materials, which provide a global framework for transparent and environmentally sound trade in recycled commodities,” the US spokesperson asserted at the WTO Council for Trade in Goods session in Geneva.

The official continued that China’s import restrictions on recycled commodities had caused a 'fundamental disruption in global supply chains for scrap materials', directing them away from productive reuse and toward disposal.

The US representative expressed that United States recognised China’s environmental concerns but Beijing’s approach seemed to be having the opposite effect to what was intended, and its rules had changed far too quickly for industry to adjust.

On the other hand, China’s representative agreed to consider US apprehensions but hastened to add that every country had a responsibility to dispose of its waste, and with its large population China was obliged to restrict imports of waste while cleaning up at home.

US-China, the traditional friends and foes have been trading items worth millions of dollars, however, what raised the eyebrows of Washington was a July notification issued by Chinese Ministry of Environmental Protection suggesting that the ban on specific garbage items would be implemented in a year, however, the official document narrated that the proposed date of adoption is "to be determined.

Reacting to the apparently outrageous move, the US Institute of Scrap Recycling Industries said at the time that the ban would devastate an industry that supported 155,000 jobs and had exported scrap worth US$5.6 billion to China in 2016.

The latest spat follows President Donald Trump's order to the US Trade Representative (USTR) for levying tariffs on at least $50 billion of Chinese imports.

Although the USTR was given 15 days by Trump to propose a list of Chinese products that will be targeted, China’s commerce ministry has already threatened to take legal action against the US through World Trade Organization. Beijing is believed to have been brainstorming to target 128 American products through an imposition of strict import tariffs.

The Chinese Foreign Ministry also made clear that it has all the necessary means to engage in a trade war with the US, urging Washington to reconsider its aggressive economic policy.

"The American consumers and enterprises will bear the brunt of a trade war with China," warned Beijing in strong-worded comments.

It is noteworthy that  China is by far the biggest importer of US recyclables and banning US junk imports will give a devasting blow to the US labour market.

If the ban comes into effect, recycling centres across the US would be between a rock and a hard place. They can either hire a much more expensive workforce, raising prices for their services, require households to sort their own waste or be compelled to use more landfills across the country.