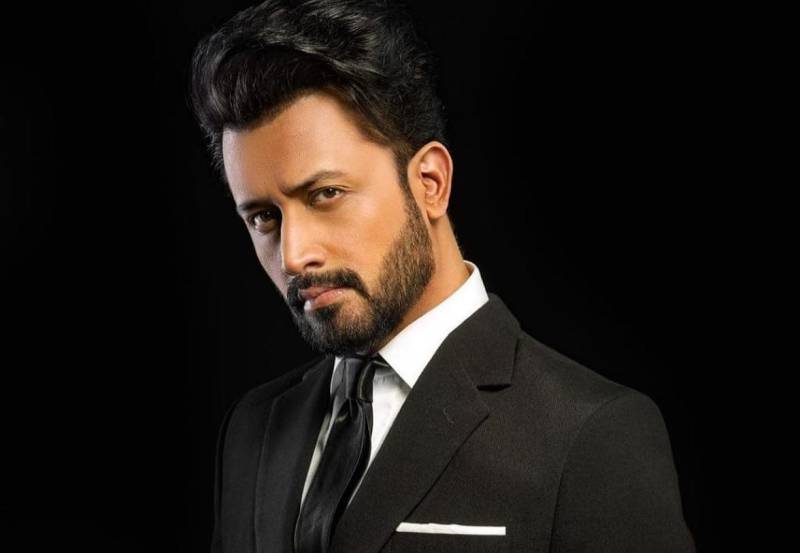 It is a pretty rare yet remarkable sight to see the entertainment industry representatives of Pakistan and India prioritizing vice-versa over their local talent, let alone commend each other. The possibility was made when the Euphoria frontman, Palash Sen, lauded Pakistani superstar Atif Aslam.

The Indian popstar took to social media and reminisced his time spent with Aslam, saying that the Aadat singer has 'made the maximum impact on Bollywood's music and most singers over the last 15 years.'

This controversial statement upset many of Sen's Indian fans but, on the other hand, many people also agreed with Sen regarding Aslam's unprecedented success in Bollywood.

Sharing a picture of himself with the revered Pakistani singer from over 10 years ago, the Maaeri singer wrote: "According to me, the one singer-musician who has made the maximum impact on Bollywood's music and most singers over the last 15 years, is this man. The awesome Atif Aslam. I say this with a lot of humility."

Sen added, "He has style, panache and that nasal twang that most singers in Bollywood tried to imitate. And his music is still copied by some leading music directors... the Minor chord kings!"

The crooner concluded the note with, "This pic is 10 years old when both of us collaborated for our concert in Abu Dhabi. And both Indians and Pakistanis sang along and danced together. Music unites!"

Following Sen's heartfelt note, netizens took to social media to reprimand Sen's comment, lambasting the Indian singer for praising a Pakistani artist. As of now, the Euphoria band member is addressing the hate saying that Indians should give opportunities in other countries.