Iqra Aziz explains why she refused to work with Feroze Khan 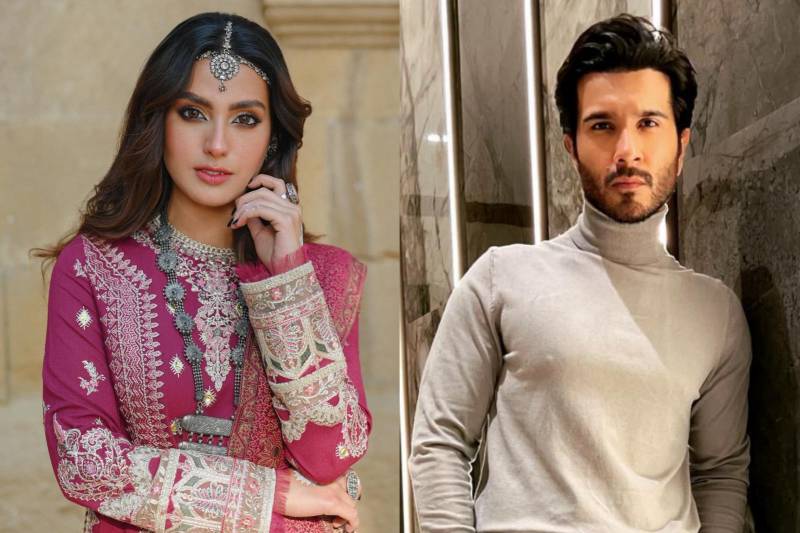 After receiving much applause for showing solidarity with domestic violence victims and going as far as to shelf a project with an alleged abuser, Pakistani actor Iqra Aziz has explained in detail her decision to distance herself from her Khuda Aur Mohabbat 3 costar Feroze Khan. The 25-year-old actress also told why she opted out of future projects with Khan.

For the unversed, the Romeo Weds Heer star was accused of intimate partner violence and infidelity by his ex-wife Syeda Aliza Sultan after she submitted harrowing evidence in court against Khan. Despite the scrutiny and evidence, Khan has labelled the allegations as malicious, baseless and fabricated. The odds were in Sultan's favour as Khan is still facing boycott and criticism.

Along with millions of people bashing Khan, the Ranjha Ranjha Kardi star did the utmost and suggested that she was uncomfortable working with him after the allegation levelled by his ex-wife. Aziz made clear that everyone has the right to choose how they want to work and who they want to work with.

During her appearance on The Talk Talk Show, Aziz talked about her decision. “For me, it was a very personal decision. I did what I thought was right for me and [it was] what I wanted to do, what according to me was the right choice. I took a decision — I wasn’t comfortable working with him, so I said no. I wasn’t waiting for anything to be proved to take action because before that, there was a span of time in which we had to work together and I wasn’t comfortable so I said no,” she said.

Aziz added, “I think that we live in an era where, whether it’s a woman or a man, working in this industry or anywhere, other than the choice of career, they have the right to say yes or no to however they want to work according to their comfort level and to who they’re comfortable working with.”

The host then asked Aziz if she would take a different path in future if the allegations proved to be false in court.

The Suno Chanda actor replied, “I think we have to wait for that time then. We can only decide that then, we can’t decide before time thinking what if this happens, just based on assumptions."