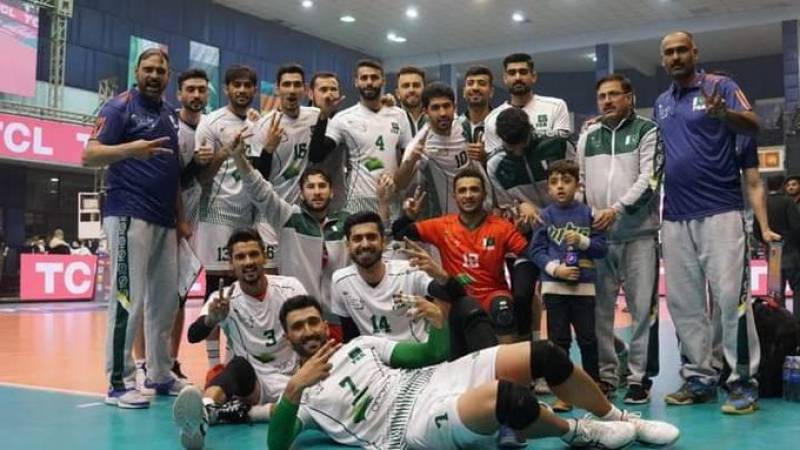 The 5-nation championship was held for first in Pakistan after a gap of 17 years. The Gymnasium Hall of Sports Board Punjab, Lahore, hosted the event.

Besides Pakistan and Iran, teams from Sri Lanka, Bangladesh, and Afghanistan took part in the event.

As the Pakistani team knocked out the former champion Iran, social media users expressed joy over the victory and appreciated the performance of the team.

Alhmdulilh Another victory❣️
🇵🇰 won the Central Asian Volleyball Championship after beating 🇮🇷 by 3-1 in Final.

Congratulations to our heroes for winning the Central Asian Volleyball Championship by defeating Iran in the finals by 3-1! 🇵🇰#BehindShaheens pic.twitter.com/NZtd6gHuNx