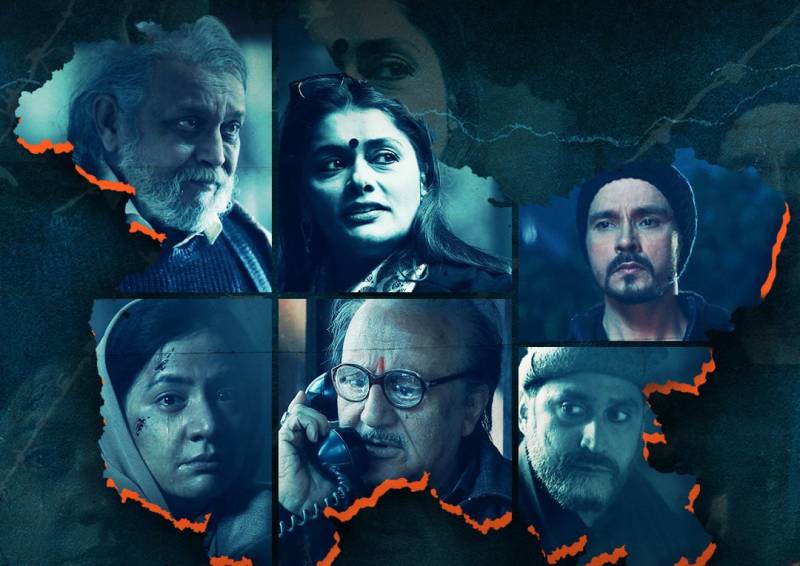 In a rather surprising turn of events, India's official entry to the International Film Festival of India (IFFI), The Kashmir Files, has received brutal criticism from Israeli filmmaker Nadav Lapid, who is head of the jury.

Lapid slammed the controversial film, calling it a “propaganda, vulgar movie, inappropriate for an artistic competitive section of such a prestigious film festival”.

At the closing ceremony of the event in Goa, Lapid spoke in the presence of top government ministers, suggesting, “All of them [jury members]” were “disturbed and shocked” to see the film screened at the festival.

The annual film festival is organised by the Directorate of Film Festivals, which is part of the Union Ministry of Information and Broadcasting.

“All of us were disturbed and shocked by the 15th film, The Kashmir Files. That felt like a propaganda, vulgar movie, inappropriate for an artistic competitive section of such a prestigious film festival. I feel totally comfortable openly sharing these feelings here with you at this stage. In the spirit of this festival, can surely also accept a critical discussion, which is essential for art and life,” Lapid added in his remarks at the event.

The comments were followed by a massive backlash, which prompted another IFFI jury member, Sudipto Sen, to clear the air.

Sen tweeted, "Whatever has been said by IFFI 2022 Jury Chairman Mr. Nadav Lapid about the film, The Kashmir Files, from the stage of the closing ceremony of 53-rd IFFI was completely his personal opinion. In the official presentation of the Jury Board to the Festival Director and in the official Press Conference, where we 4 juries (the fifth jury had to leave for her personal emergency) were present and interacted with the press, we never mentioned anything about our likes or dislikes. Both were our official collective opinion."

Sen added, "As jurors, we are assigned to judge the technical, aesthetic quality and socio-cultural relevance of a film. We don't indulge in any kind of political comments on any film and if it is done, it is completely in a personal capacity - nothing to do with the esteemed Jury Board (sic)."

Although the jury tried to settle the issue without causing much trouble, the director of the film, Vivek Agnihotri, didn't appreciate the bashing. Agnihotri then posted a cryptic tweet suggesting how ‘truth can make people lie.’

Truth is the most dangerous thing. It can make people lie. #CreativeConsciousness

One of the lead actors, Anupam Kher, while speaking to the media, referred to Lapid and said, “It seems pre-planned as immediately after that the toolkit gang became active."

Kher added, "It’s shameful for him to make a statement like this. Jews have suffered Holocaust and he comes from that community. For him to make such a statement, he has also pained those people who have been victims of this tragedy many years ago. May God give him wisdom so that he does not further his agenda on stage using the sufferings of thousands.”

Another Kashmir Files actor Ranvir Shorey tweeted, “The singling out of a film and the language used to describe it is completely unbecoming of a film jury or critic. It reeks of politics. Cinema has always been the harbinger of truth and change, not an agent to stifle or snuff it. Shameful display of political opportunism at IFFI.”

The singling out of a film and the language used to describe it is completely unbecoming of a film jury or critic. It reeks of politics. Cinema has always been the harbinger of truth & change, not an agent to stifle or snuff it. Shameful display of political opportunism at #IFFI.

For the unversed, The Kashmir Files presents a storyline in the 1990s exodus of Kashmiri Hindus from Indian Illegally Occupied Jammu and Kashmir.