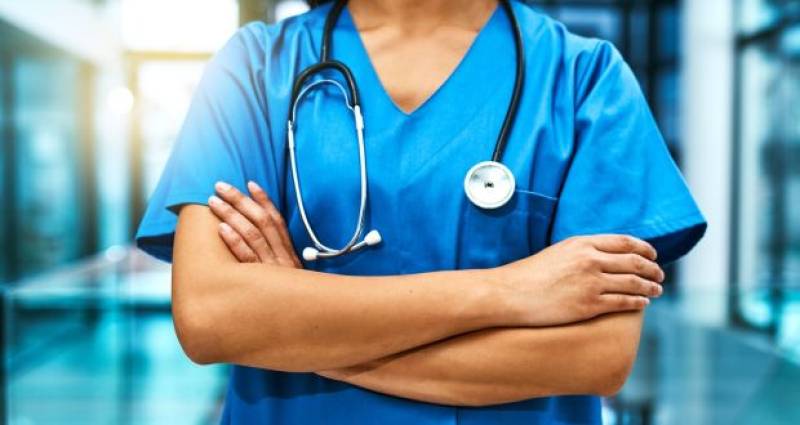 LAHORE - Morning show host Kiran Aftab talked down to a group of young doctors during her morning show and angered many.

SAMAA TV’s morning show co-host Kiran Aftab invited some of the protesting doctors to ensure that their voices were heard but her condescending tone and smug expressions were noted by all.

“What is the matter? For how many days have you people not be paid? The ordinary man has been suffering for so long, do you know that?” she posed her question to the doctors in a condescending tone.

“We have three demands only—first, that we be given our salaries which have not been paid to us for since the last four months. Second, we want the increment that the government of Sindh has granted to doctors due to which our salaries have gone up from Rs30,000 to Rs45,000. Lastly, we want our future salaries to be regularized,” said Dr Iraj who is done with the unfair treatment of doctors.

Pathetic!
You dont know about the hardships & problems what doctors face everyday Mrs. Kiran Aftab.
You invited them in your program & insulted them plus called them "Wolves under White".
This behavior of you demands apology.
Learn first how to speak on live tv.#SamaaUpdates https://t.co/QlfYXQmrL3

The number of doctors registered in Pakistan at present is about 110,000. It is estimated that about 25000 Pakistani doctors are working abroad.