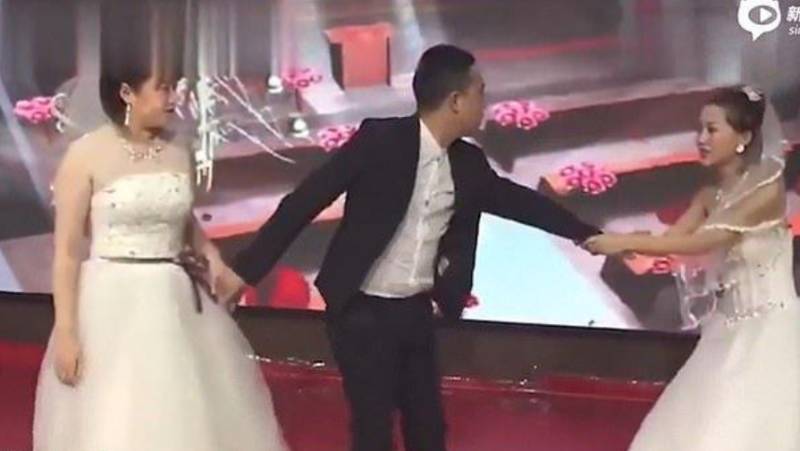 LAHORE - A woman in China has completely ruined her ex-boyfriend's wedding by turning up in a bridal dress and pleading with him to take her back. She ruined the actual bride's wedding too.

The groom broke up with his ex-girlfriend because their personalities were too different, and now when he was standing in front of his bride at his wedding function, the ex barged in and clung onto him.

Bride was in shock after her groom's ex crashed wedding in a bridal gown! Looks like the ex was all set to kick the bride out and marry the groom instead. Ummmmm!

The bride left the venue angry and the groom went after her leaving the ex crying and distraught, but well what was the wedding crasher expecting in the first place?

We cannot even say 'too many Bollywood fils' because the incident took place in China but yes it looks straight out of a Bollywood film. Doesn't it?