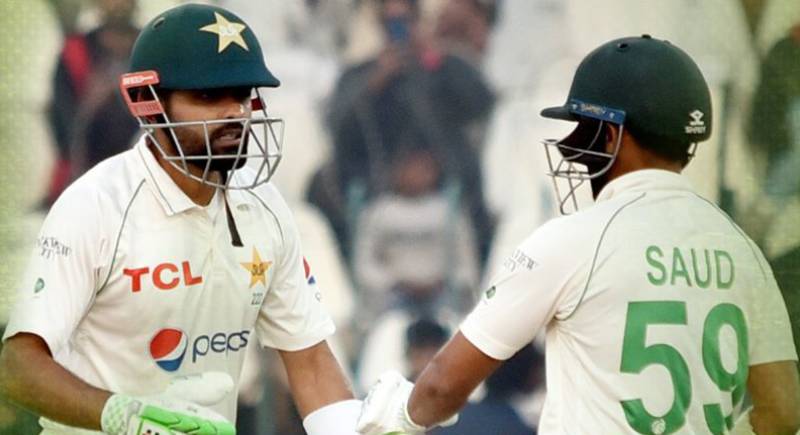 MULTAN – England on Saturday took their overall lead against Pakistan to 281 runs as they made 202-5 at stumps in their second innings on day two of the second Test.

Earlier, Pakistan’s batting line crumbled in the morning session on day 2 as England restricted the hosts to 202 in the first innings.

The poor batting display left the Babar-led squad trailing by 79 runs, thwarting the heroics played by Abrar Ahmed who got seven scalps to contain visitors to 281 in the first innings.

Earlier in the day, star batter Babar Azam departed on 75 in the first session as Shaheens resumed their first innings on day two of the Multan Test against England.

England’s right-arm pacer Ollie Robinson bowled the Pakistani skipper with a wobbler. The visitors were earlier dismissed for 281 in the first innings on the opening day of the second game.

On Day 1, Pakistan made 107 runs for two in reply to England’s 281. Pakistani openers – Abdullah Shafiq and Imam-ul Haq departed early and Saud Shakil set the tone by smashing boundaries with the skipper.

Abrar made headlines with the second-best debut by a Pakistan bowler behind pacer Mohammad Zahid´s 7-66 against New Zealand in Rawalpindi around 16 years back.

Ben Duckett and Ollie Pope remained the key scorers in an England innings that finished at the stroke of tea after skipper Ben Stokes won the toss and decided to bat.

England currently lead the three-match series 1-0 after winning the first Test in Rawalpindi by 74 runs.