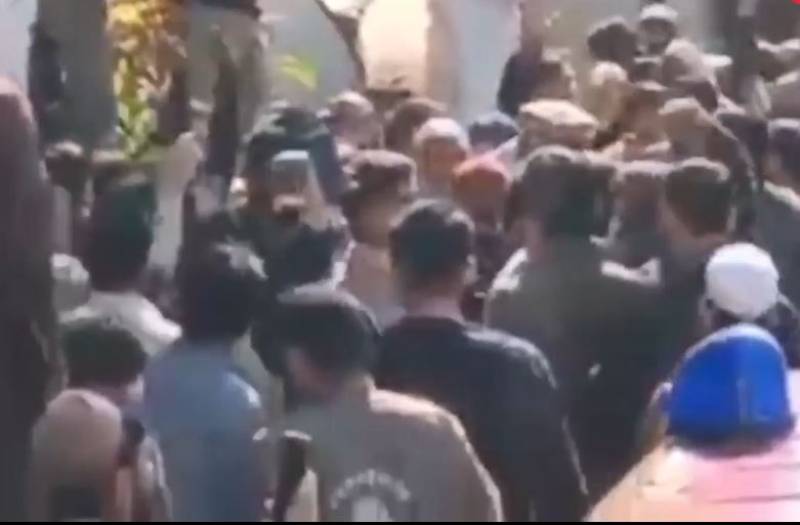 PESHAWAR – Police in northwestern Khyber Pakhtunkhwa have thwarted a mob’s attempt to kill an officer of a Tehsil Municipal Administration (TMA) over allegations of blasphemy, it emerged on Thursday.

A mob of nearly 500 men, with some carrying wooden sticks, entered TMA office of Razar in Swabi district in search of a tehsil revenue officer (TRO) when police timely intervened in the matter and tried to avert any untoward situation.

A police officer told international media that they had shifted the officer to a safe place after receiving information about the violent crowd. It appeared that it was an organised attempt, the officer said.

As per the initial investigation, the revenue officer used to collect fines and rents from a local market where a former president of a traders association provoked the public against the government officer.

Police also sought help from local religious scholars, who asked people to not take the law in their hands.

Kalu Khan Police Stations’ head Ajab Durrani told media that they also produced the revenue officer before the scholars where he denied the allegations of blasphemy.

KARACHI – A sessions court in northern Sindh on Tuesday sentenced a Hindu college teacher to life imprisonment on ...