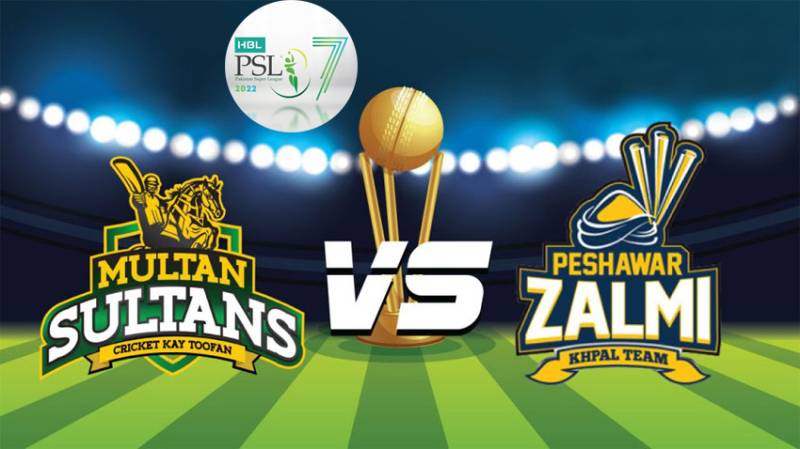 LAHORE – Multan Sultans defeated Peshawar Zalmi by 42 runs in the 16th match of the Pakistan Super League (PSL) at the Gaddafi Stadium, Lahore on Thursday.

In reply, Zalmi bowled out for 140 runs. Shoaib Malik remained the top scorer with 44 runs. Livingstone made 24 runs.

Mohammad Rizwan-led Sultans has beaten all the other teams — Karachi Kings, Lahore Qalandars, Quetta Gladiators, Peshawar Zalmi, and Islamabad United — in the PSL 2022.

Defending champions Sultans seem to be confident ahead of the clash as they aim to hold their first position on the points table.

Cricket frenzy gripped the country’s cultural capital as six teams have arrived and are ready for the second phase of the flagship cricket league.

Meanwhile, security has been beefed up in the provincial capital Lahore in light of the current situation. Authorities have also established a control room to monitor the PSL-7 matches which will work 24/7 under the supervision of Additionally Secretary Home.

LAHORE – As the first phase of the Pakistan Super League in Karachi will end today, the Punjab administration has ...