An analysis of the causes of claustrophobic traffic in Lahore 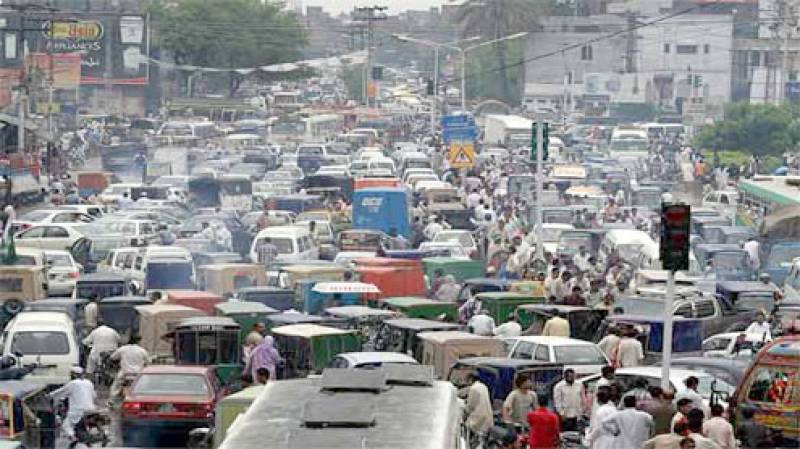 Any resident of Lahore would know that the traffic density has substantially increased over the past couple of years. It is not uncommon to get stuck in heavy traffic jams even when covering small distances. It is also not uncommon to find that the cause of traffic is basically nothing. On rare occasions an accident or construction or a procession stops the flow but most of the times, just like the brains of Lahore’s traffic planners, it is nothing.

The blame game starts from the increasing population of the country and the city, increase in shifts to the city of Lahore from different cities, the availability of at least 2 cars in one household thickening traffic probabilities, the government, the ill-discipline of the locals to bad timing.

With the recent slapdash developments refashioning the outlook of the city, some serious mal-adjustments have come up as after effects of the remodeling and the citizens are the ones who suffer. 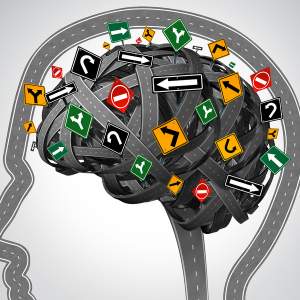 The city of Lahore occupies an area of almost 19 billion square feet with wide and short, long and lean roads, which means that there is no reason for minor traffic jams. It has however fallen victim to bad planning.

From the last 30 to 40 years there has been no effective traffic planning in Pakistan. In the time of President Ayub Khan there were 4 ongoing five year plans.

Roads need to be made according to the changing needs of the cities. Planners have only one thing on their minds and that is to prove to the world that this is a San Francisco or a New York or perhaps a Paris. The local mindset, mentality and geographic demographic is not taken into account as it should be.

We need to carry out our planning according to the behavior of our people. We think they are disciplined people, we think they will obey the traffic laws. Our locals will always economize and optimize. They will always take the shortest route possible.They will jump across walls, cross footpaths with cars and bikes and disrupt one-ways. It is true that we totally lack discipline as a community. We don’t obey traffic signals, we do not obey the traffic rules, and we do not respect the law.

The locals look for shortcuts in life and the greater benefit of abiding by traffic rules is generally ignored.

The administrators of traffic are equally responsible for all this chaos. With severe lack of traffic planning we come up with bright ideas of making super highways without due consideration to everything that will happen below that cemented semi-halo. There can be seen a mash-up of traffic right before the bridge and right after it and often times on it as well. It is also a scary realization that bridges are not made for holding static traffic but they support the weight of moving traffic. That is their design.

It is unfortunate that we do not have a panoramic view or an overall aerial view when making policies. 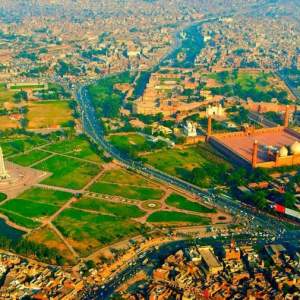 Our views revolve around the rich and the poor segment of society. There are different traffic rules for the richer segment and different ones for the poorer folk.

Another local demographic and cause is that traffic in Lahore and Pakistan is multi-factored. The road is a place not just for cars but rickshaws, variations of rickshaws, vans of various sorts, big trucks, small trucks, transport vehicles, donkey-carts, bikes, cycles and pedestrians. This leads to a diverse mix of vehicles on the roads. 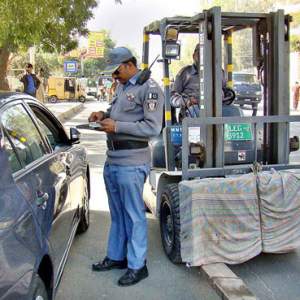 The traffic wardens in Pakistan are also probably the only traffic force in the world that gets paid for making challans and gets a percentage of the challan dues. That is why they are so aggressive in challaning you.

Interventions need to be made to facilitate the residents of the beautiful city of Lahore.