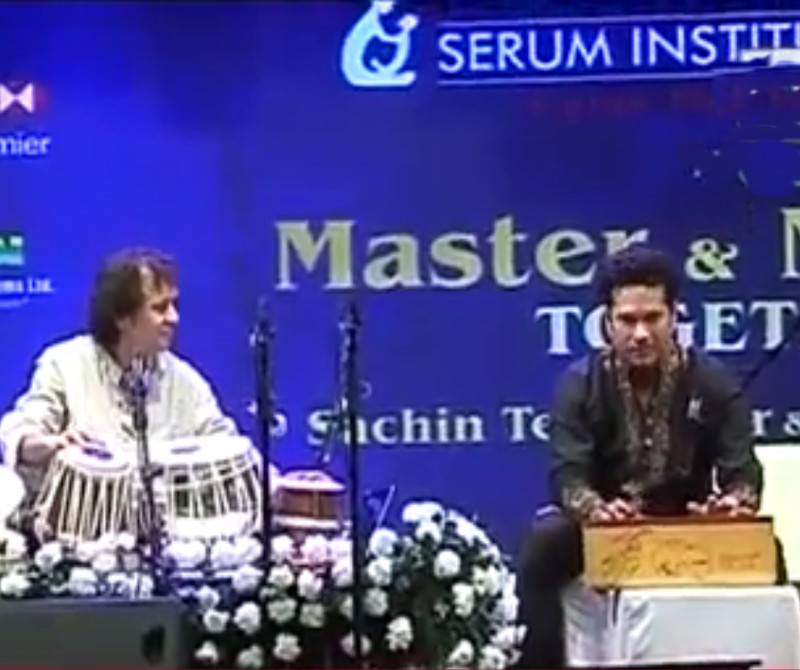 MUMBAI - Cricket legend Sachin Tendulkar shared a stage with musical genius Ustad Zakir Hussain and showed off his tabla skills to the delight of his fans.

The amalgamation of master of the cricket and music legend was a sight to behold for all their fans around the world. Both great personalities delighted their fans with a jugalbandi.

In the video, Ustad Zakir Hussain was seen giving lessons to Tendulkar who did a brilliant job.

This was the first time when the master (Sachin) and maestro (Hussain) appeared on a stage at a charity event in Mumbai in Shanmukhananda hall on January 9, 2017.

Earlier, the legend cricketer took to Twitter and shared a video stating  he and Ustad Zakir Hussain would be coming together on January 9 to discuss the journey of excellence.

On Jan 9, catch Ustad Zakir Hussain and me, in a way like never before. pic.twitter.com/evnegysQXt

An old picture of Sachin Tendulkar while playing tabla showed his interest in the music. 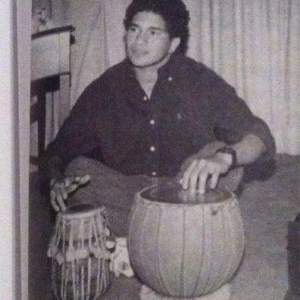