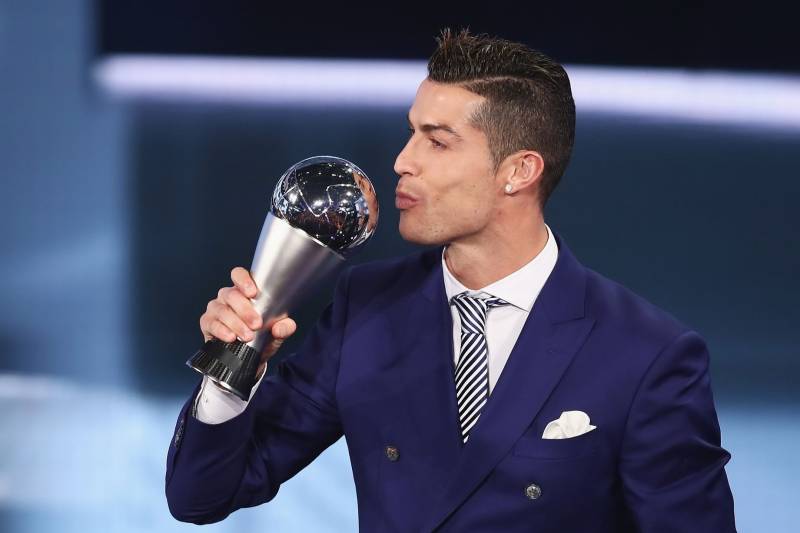 "2016 was the best year of my career," Ronaldo said after being handed the prize from Fifa President Gianni Infantino.

"It was a year that was magnificent at a personal level and at a sports level," he added.

Ronaldo had already won the Ballon d'Or after his third Champions League title in December and the latest award is another endorsement of his excellence.

The star player took to Twitter to thank his teammates and fans after being declared the top star in Zurich.

Delighted to win The Best FIFA award. Wouldn't be possible without my teammates, coaches and you who support me every day. Thanks everyone! pic.twitter.com/1E1VkaYbTu

Internationally acclaimed soccer stars from around the world including Michael Ballack felicitated Ronaldo on the award.

Meanwhile, US midfielder Carli Lloyd scooped the best women's player of 2016. Spain's La Liga accounted for nine of the 11 players in the FIFPro team of the year with Ronaldo and Messi spearheading the team.

The prestigious ceremony was graced by soccer luminaries from around the world including the giant Diego Maradona.