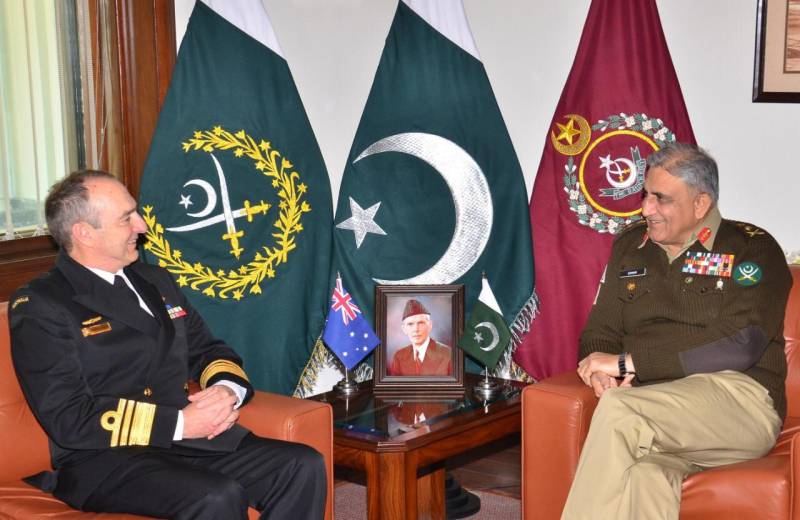 During the meeting, held on Friday matters of mutual interest and regional security were discussed, said a statement issued by the DG ISPR.

COAS reiterated the offer he made to General Angus John Campbell, Chief of Defence Force for any assistance in tackling the bush fires in Australia.

Visiting dignitary appreciated role of Pakistan Army in ensuring peace & stability in the region and thanked COAS for sentiments towards Australia.

Since September 2019, at least 27 people have lost their lives in Australia's bushfires, which have destroyed more than 10.3 million hectares land.

Firefighters from the US, Canada and New Zealand are among are assisting the local crew to control the fire.