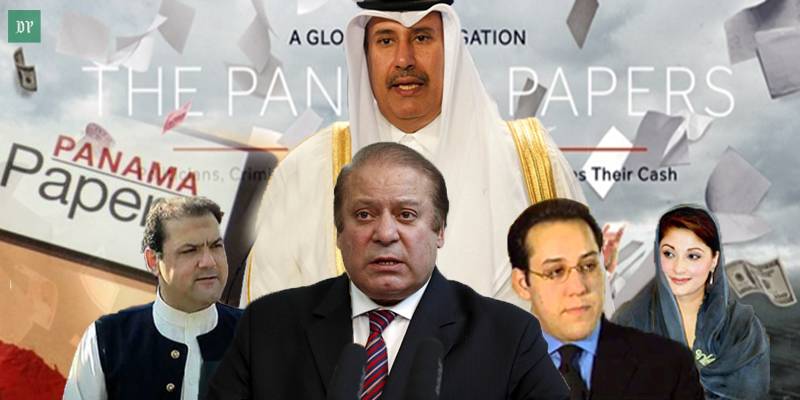 ISLAMABAD - Astrologer Professor Fazal Karim Khan has claimed that political opponents of Prime Minister Nawaz Sharif have carried out black magic on him and Qatari prince Hammad Bin Jassim so that he would not visit Pakistan for recording statement before the Joint Investigation Team.

According to a report by Dunya News, Karim stated that political foes locked dummies of Qatari prince Hammad Bin Jasim and Nawaz Sharif in a box, and then buried them at sea after arranging for black magic by ‘Bangali baba’.

Regarding the future of prime minister Nawaz Sharif, currently embroiled in Panama papers controversy, the astrologer added that he would remain in hot water for three more months as indicated by his stars.

It bears mentioning that the six-member joint investigation team tasked to probe offshore assets of Sharif family is set to submit its final report to the apex court after which it would decide the political fate of Prime Minister Nawaz Sharif.

The Qatari prince, Hammad Bin Jassim, who's letter was used by the first family to substantiate and bolster its money trail did not visit Pakistan for appearance before the JIT though it cannot be confirmed whether the black magic hindered his visit or his personal engagements.

According to media reports, the prince endorsed his letters submitted to Supreme Court in November and also wished to face JIT in his palace provided the JIT accept his claims that he did not accept the jurisdiction of Pakistani laws.

Apart from the claims of astrologer regarding Nawaz Sharif and Qatari prince, another report by a leading daily regarding Pakistan Tehreek-e-Insaf Chairman Imran Khan suggested that his spiritual advisor asked him to spend more time in hilly areas in order to have favourable decision regarding the landmark Panama case.

The newspaper reported that although Imran had been visiting his residence in Bani Gala Islamabad, he stays there only for a few hours and then goes back to the mountainous areas. “He [Imran] was advised to be on hilly areas which would ultimately result in his favour following JIT, Panama case and in political scenario too,” the newspapers said quoting its sources close to Khawar Fareed Manika and his wife Bushra Manika.

“He [Imran] was advised to be on hilly areas which would ultimately result in his favour following JIT, Panama case and in political scenario too,” the newspapers said quoting its sources close to Khawar Fareed Manika and his wife Bushra Manika.

The PTI chairman has in the past visited Pakpattan three times to meet the couple, and they had visited the shrine of Baba Fareeduddin Ganj Shakkar, the great Sufi saint.

Since the last week of May, Imran has mostly resided in Nathia Gali, Chitral, and other northern areas where he was accompanied by his aides Jahangir Khan Tareen, Shah Mehmood Qureshi, and Sheikh Rasheed Ahmad.

Also Imran and Tareen shared pictures on social media in which they were seen jogging around in different hilly areas and meeting party members.

The newspaper further claimed Imran will stay on the hills till the JIT submits its final report before the special bench of the Supreme Court in the Panama case tomorrow (Monday).

However, PTI spokesperson Fawad Chaudhary said Imran Khan is spending his days in hilly areas just because of good weather.

He added that he was not aware whether he [Imran] had been advised to stay in the mountainous areas.

Spiritual advisors have had a very important part to play in the lives of the political stalwarts. During the stint of PPP, President Asif Ali Zardari occasionally spent more time in Karachi, distant from hilly areas apparently on the suggestion of his spiritual mentor Pir Ejaz Shah.

The same Pir Ejaz Shah also offered Imran Khan to visit him thrice so he could tell him the obstacle in his way to becoming the prime minister of the country.