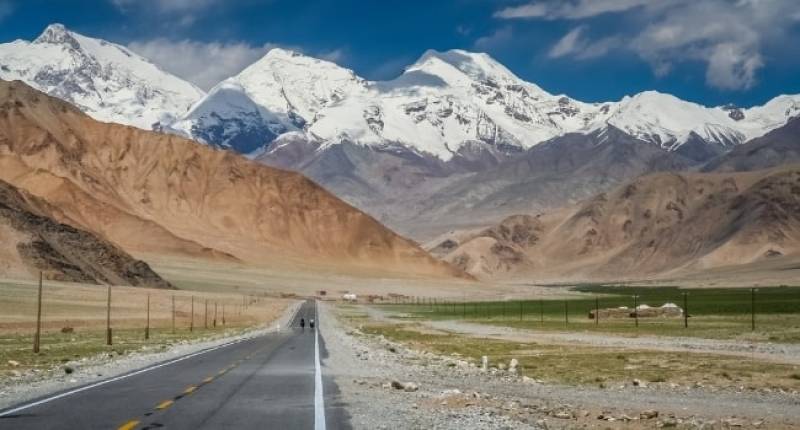 The Karakoram Highway, a masterpiece of civil engineering that connects Pakistan to China while crossing through the Karakoram mountain range, has been listed among the top 15 most beautiful roads in the world.

The list has been released by Wikicampers, a website providing tourist services in different parts of the world.

Sharing features of the Karakoram Highway, the portal said the second-highest asphalt road in the world runs up to an altitude of 4,693 meters alongside various peaks over 7,000 meters in height. The website called it, “The ideal setting for a most dizzying roadtrip!”.

The highway is around 1,300 km long which extends from Hasan Abdal to the Khunjrab Pass in Gilgit-Baltistan, where it crosses into China.

A BBC documentary had also called the KKH one of the highest paved roads on earth which is a major trade route between Pakistan and China.

The other roads in the list include California State Route of USA, The Atlantic Road of Norway, The Col du Stelvio in Italy, Morocco's The Dades Gorges Road, Spain's TF 436, The Millau Viaduct of France and The Icefields Promenade of Canada.

The RN 40 of Argentina, The Col de Sani of South Africa, The Denali Highway of Alsaka, USA, The Basque Corniche of France, The Transfagarasm Road of Romania, The Gorges du Verdon of France, and The Great Ocean Road of Australia have also been listed among most beautiful roads by Wikicampers.

The Faisal Mosque which is located on the foothills of Margalla Hills in Pakistan's capital city of Islamabad has been ...