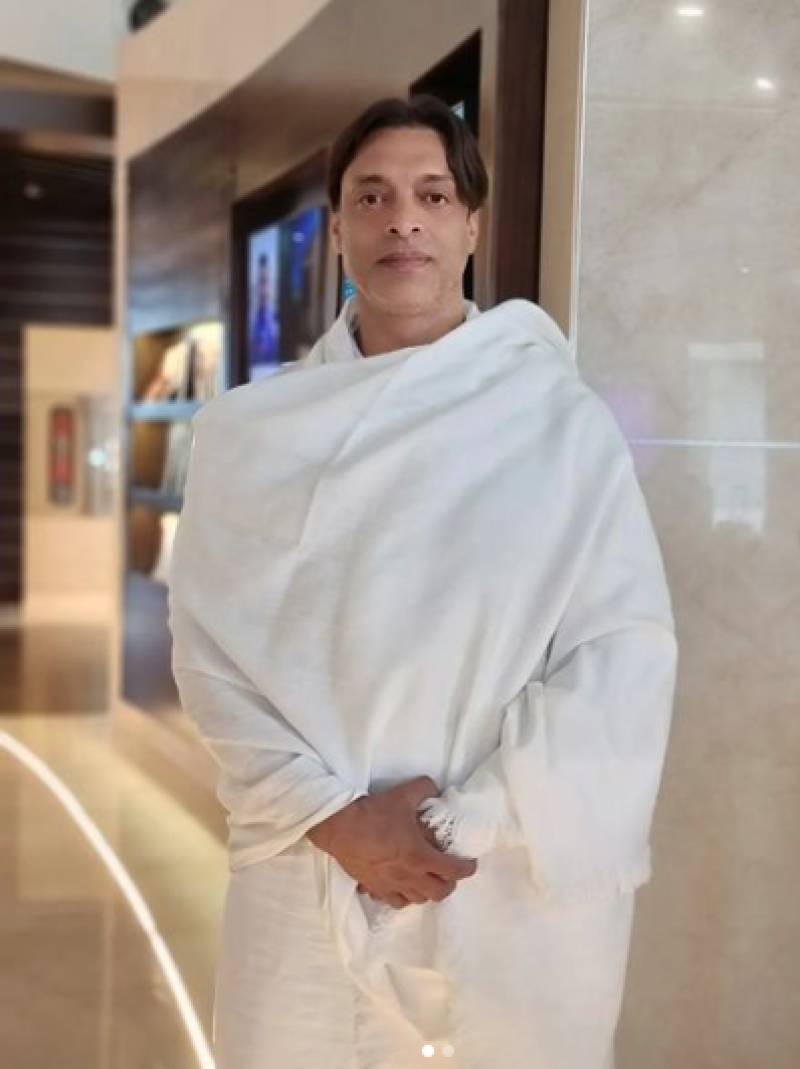 Keeping his fans updated about the key rituals of annual Islamic pilgrimage, the Rawalpindi Express can be seen throwing stones at Satan known as Rami. Akhtar donning a white rob, performed the stoning ritual in the latest post.

Didn't measure the speed, but the anger was definitely 100 mph, he wrote on Instagram.

Stoning of the Jamara is a ritual carried out by Hajj pilgrims whereby pebbles are thrown at three stone structures in Mina. The act of throwing stones at the Jamarat is known as “Rami”.

Meanwhile, netizens joked about Akhtar's fast speed and how the stones will hit Satan or Shaitaan.

The noted pacer has been sharing videos on his social media platforms as he embarked on the Hajj journey.

Earlier, the 46-year-old revealed that he is going for honorary Hajj as State Guest of Saudi Arabia. Akhtar mentioned addressing the Hajj Conference attended by leaders of the Muslim world in Makkah.