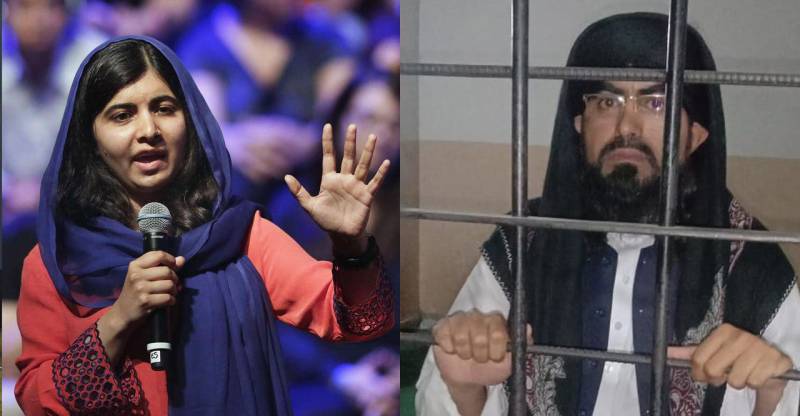 The FIR lodged under 16 MPO and 7ATA against the cleric, who is famous for similar speeches in the past, stated that Mufti Sardar Ali Haqqani delivered a speech at Speen Jumat, Wahid Ghari in Peshawar.

The complainant mentioned in the FIR that the threatening clip of the speech was widely circulated on social media in which Haqqani could be seen standing on the stage and asking people to take the law into their own hands and carry it out a suicide attack on Pakistani social activist.

This Man, pretending to be a religious scholar, is openly threatening to kill @Malala in suicide attack.

He is a habitual hate speaker but allowed to use an important platform to mislead people. He has also been involved in disinformation campaign about Covid-19 vaccines. pic.twitter.com/BSQYMDN6Za

The FIR further reads that the cleric threatened to carry out a suicide attack on Malala on her visit to Pakistan which highly enraged the masses.

A law enforcement agency official while speaking with a news outlet told that Haqqani was present in Pizo when he was apprehended Tuesday night and booked for inciting hatred.

Police further stated that Haqqani earlier escaped to his hometown to avoid the arrest when the video went viral and many of the activists started condemning the act.

Earlier, the 23-year-old youngest Nobel laureate gave an interview to the British magazine that has landed her in hot waters as it didn't go well with the Pakistani people.

Marriage appears to be even more complicated when the youngest Nobel laureate in the world says she doesn’t ...

Speaking about marriage, she said, watching everyone share their relationship stories on social media could get worrisome. “If you can trust someone or not…how can you be sure?" Yousafzai further added, “I still don’t understand why people have to get married. If you want to have a person in your life, why do you have to sign marriage papers, why can’t it just be a partnership?".