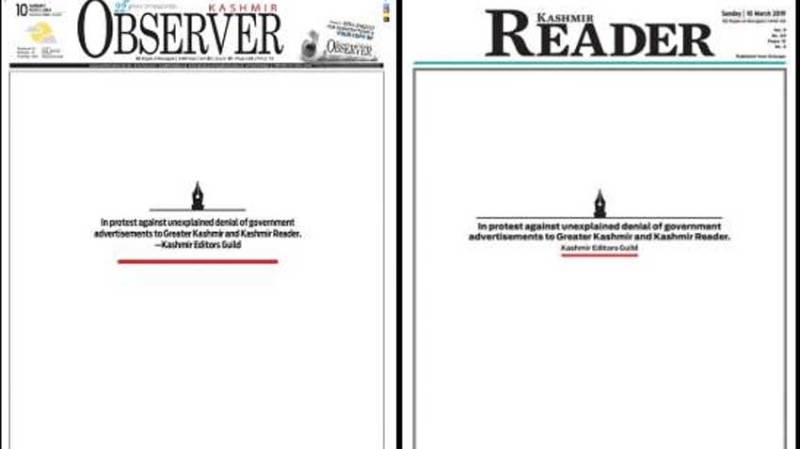 The authorities stopped advertisements to the two major dailies a day after the deadly Pulwama attack, in which more than 40 Indian Paramilitary troops were killed.

According to the Kashmir Media Service (KMS), the Kashmir Editors Guild had earlier sought the attention of the Press Council of India and the Editors Guild to exercise their legal, ethical and professional mandate to intervene in the issue and ensure that the media was not strangulated.

Condemning the ban, the Kashmir Editors Guild said the media in Kashmir is one of the most professional and has retained its neutrality even at the cost of lives, adding that the professional capacities of Kashmir media have been acknowledged all over the world.