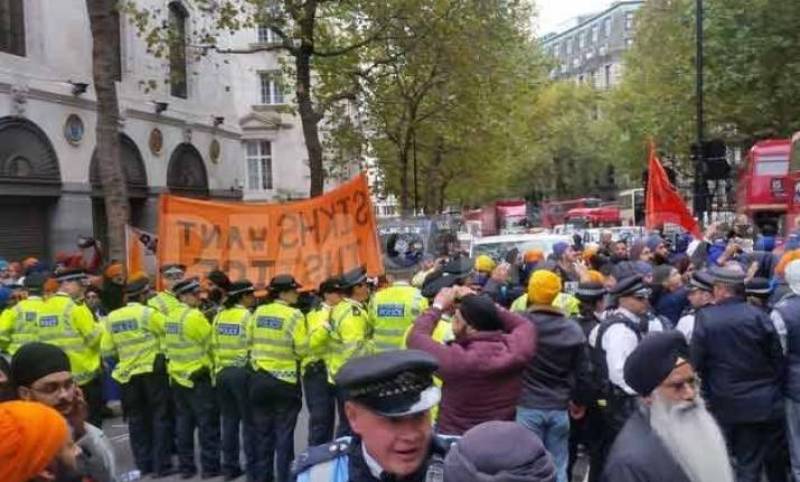 The protesters were urging India to stop human rights violations and killings of innocent Kashmiris in Indian occupied Kashmir, grant right of self-determination to the people of Jammu and Kashmir and freedom to Sikh as Khalistan their independent state.

In this connection, a large number of protesters including Kashmiris, Sikhs, Dalits, women’s groups and human rights activists gathered outside Indian House and chanted slogans against India and Modi government.

The protesters were carrying placards inscribing slogans like India must stop Kashmir holocaust, India must end violence in occupied Kashmir.

The focus of the demonstrations was Narendra Modi, whose extreme Hindu right wing government was trying to turn India into an exclusively Hindu state run by upper caste Hindus at the cost of minorities.