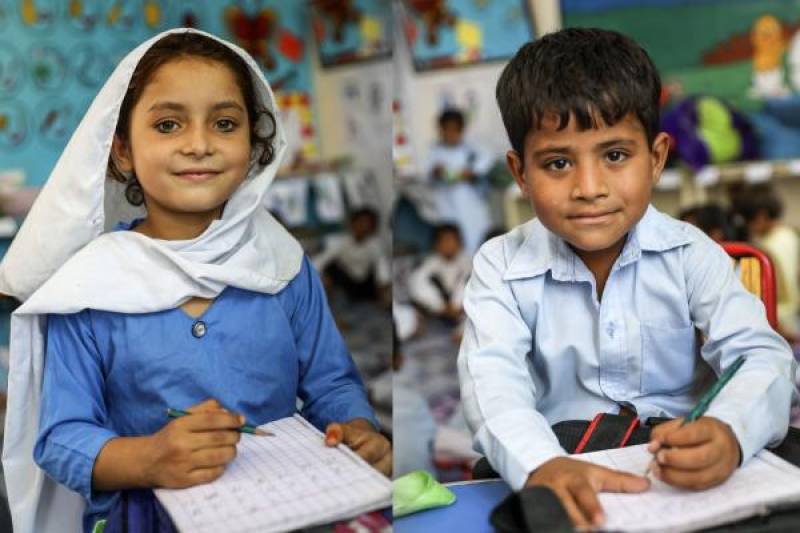 “Why do I have to wear it every day? You know I don’t like it!” The annoyance was evident. It was a usual protest, every other morning, and Mehreen had no good answer for her second-grader besides the usual one, “Sweetie it’s your uniform, you can’t go to school without it.” As far as she remembered, she never did like her own uniform ever!

Whether it be a profession, organization, institute, school, or even prison, a particular dress code or attire is believed to be important. The logic behind uniforms seems to be very simple. They are used as labels, for branding and developing a standard image. In the educational sector, by adding a logo, motto, or the badge, marketing still being the primary, creating equality among all, is another logical explanation. Wearing uniforms is a norm but it’s probably never, that we think about the opinions of, and effects on, the people required to wear the same.

Costing, on an average 2500-3000 per uniform, the ever-growing population, along with the increasing number of schools and colleges, makes uniform a big industry in itself. Substantial profit ratios make it a successful business. Irrespective of the quality and utility, demand never ends! There are more than a thousand formal suppliers of uniforms if we talk only about Lahore. The most prominent ones have several outlets. Besides the obvious profit share of schools with such suppliers, there are schools who themselves deal in manufacturing and selling as well. Whether it be the institute, organization or the people selling it, everyone gets a chance to have a share in giving the ideas about the details of a uniform except, the consumers, the ones who are expected to wear them: the children. There’s hardly been a thorough survey by any school, in order to understand what their real consumers, their students prefer to wear.

The uniforms are supposed to be pocket, as well as user-friendly. Unfortunately, both the features seem missing. As far as the users are concerned, the youth, from various schools, has some realistic opinions and suggestions. Zainab (Class 6) remarks, “Why always white? Why can’t we have a coloured uniform and be less worried about stains?” The question is ridiculously logical. Keeping in view the practicality and sustainability, white should have been eliminated a long time ago. “Why always shalwar kameez for girls? Do you know how hard it is to play in it?” This was by Aisha (Class 1) who preferred wearing her sports uniform, a tracksuit, throughout the week, as it was easy to carry. Pullovers for boys whereas cardigans for girls was a must according to Nida (O levels). “Pullovers are difficult to carry with dupatta.” “I just wish the shirt wasn’t white!” says Ahmar (class 5).

A usual part of the winter uniforms, a blazer is the most criticized item. For the price of PKR 4000-4500, parents call it a waste of money whereas, students call it agonizing and uneasy. Winters, though fierce, seems to be shrinking every year. Keeping Pakistani weather and the school days left behind after the winter vacations in view, there’s factual, a total of 30-40 days a year when blazers can be worn. They can’t be washed at home therefore, expensive to maintain and have to be worn a lot of times before sending it to the dry cleaners. Most of the students believe that blazers are rough, uncomfortable and costly. Abd-ul-Haadi (Class 9) says that “It’s about time that blazers be replaced by fleece jackets and hoodies. It’s a nuisance carrying coats and blazers in case you feel hot during the day”. “I can’t fold my hands to write properly that’s why I take it off once I’m in the classroom”, says Anaya (Class 2).

Where none of the parents seems to be satisfied with the quality of the fabric, stitching and the sizing, Mrs Mahnoor Ali, an entrepreneur and a mother of four, points out lack of sense when it comes to the different seasons. “How can the same stuff be worn throughout the year? The academic sessions usually start in August which is extremely hot and humid, making it difficult to wear new uniforms which are usually made from KT or mixed material. By the time it’s January, due to the frequent washings, over-priced uniforms start looking like a tissue paper, failing to provide any basic protection against the extreme winters. It has never been thought through.” The matter seems to be more problematic in the case of girls. Boys, wearing the same pants throughout the year didn’t seem to retaliate upon questioning. Mrs Uzma Chaudhary, a homemaker and a mother of three says, “Apart from the stitching and similar issues, my boys are satisfied with their uniforms. I believe they find it comfortable as I haven’t found them complaining about anything.”

Ignoring the lame physical activities and absence of a planned sports curriculum, schools have sports uniforms, too. The quality is no better than the regular ones. No extra padding on the knees to support the fall, no roll-up sleeve options as we are already fighting dengue and the cleaning and fumigation standards aren’t pleasing. Distribution of inter-school houses and adding different colours on the same, making it even complexed. As stated by Mrs Fatima Hammad, a cupping therapist and a mother, “Sports uniform seems like an extra expense, worn for the sake of Games classes, which accumulates to hardly two hours a week. It benefits only the school and the uniform vendor. There should be one uniform for all days, fit for every activity.” Even after enforcing two different types of clothing, the schools contradict their own system. Putting additional liability on the parents, there are sports fests and galas. Whether it be a karate outfit or a fancy attire, every child is supposed to wear a new costume specifically for that one day, costing again 1500-2000 on an average.

The parent body is forced to buy from particular vendors and outlets. They are bound to purchase no matter how bad the quality and how high the prices are. Many parents prefer having a choice to get tailor-made uniforms, from wherever they prefer. It’s not just the uniform which is substandard and impractical. There’s a list of prescribed accessories, too which are imposed on the already burdened parents. Even if we put the ridiculous prices aside, whether it be belts, neckties, dupattas, sashes, tunics, skirts, badges, socks, tights or leggings, practicality and quality are never thought of. One has to buy whatever the schools order and whatever the vendors offer.

Azra Shaheen, a retired school teacher and principal nails it. “Coming from a rich heritage, where our Muslim ancestors cultivated brilliant minds and ruled the educational world for centuries, was it the teaching methodology, or the clothing they wore to accomplish that level of excellence!? The modern schools; focusing less on the morals, basic grooming and core education; emphasize more on the futile formalities and embellishments. I would blame the private schools for that. In order to create a niche, private schools have changed the whole perspective.”

It is understandable that it’s impossible bringing everyone on the same page, but the people having jurisdiction over bringing a positive change in this sector should come up with a feasible strategy. Uniform is to be worn daily for 7-8 hours, 5-6 days a week. It better be designed in accordance with the seasons, and weather conditions of a region. Utility and comfortability should be a priority. Value has to be in consonance with the quality offered. Today, Pakistan’s fashion industry is full of high profile designers and customizing a school uniform should not be a big issue. However, a comfortable and practical school uniform has never been on the agenda of people in the education business. The uniforms we used to wear a few decades ago are in no difference from what our generations wear today. The government has announced to be designing an unvarying curriculum nation-wide, let’s hope they pay some attention towards a simplified, uniform clothing as well. “Schools in Pakistan have, conveniently, followed and adapted the curriculums of other countries, but they can’t do the same with the uniforms,” says Ms Sofia Haider, a senior school teacher.