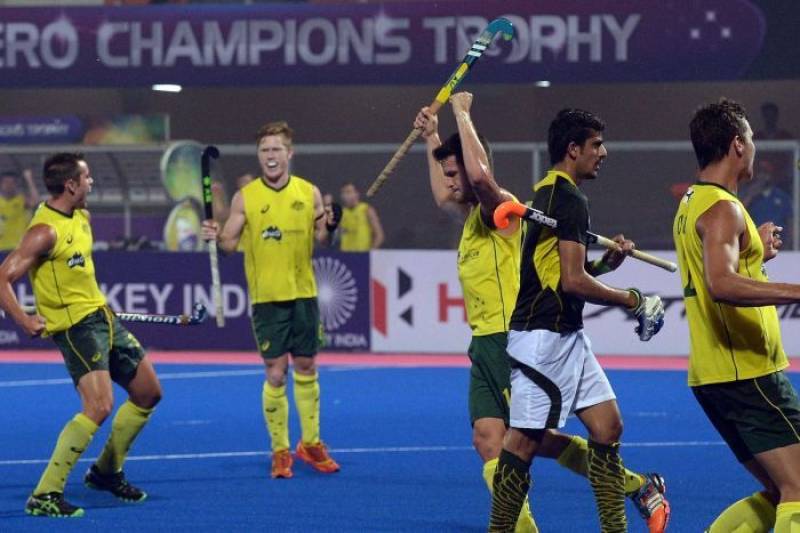 HOBART (Web Desk) - The Australia men's hockey team have finished the Hobart International Challenge series with a 5-0 win over Pakistan in the final match.

Eddie Ockenden opened the scoring in the 30th minute with a back-post deflection.

Chris Ciriello scored from a penalty corner in the 43rd minute to double the Kookaburras' advantage before goals to Chris Simpson, Trent Mitton and Flynn Ogilvie completed the rout.

Ogilvie scored with a tomahawk shot two minutes before full-time, around the same time Shafqat Rasool and Glenn Simpson were both shown green cards for separate offences either side of a yellow for Tim Deavin, whose robust challenge on Muhammad Umar Butta resulted in the Pakistani leaving the field with assistance.

Kookaburras assistant coach Nathan Eglington said the week-long series of matches was of huge benefit to the side.

"It's been great. We exposed up to 40 players initially and then some players went home, the senior squad stayed behind," Eglington said.