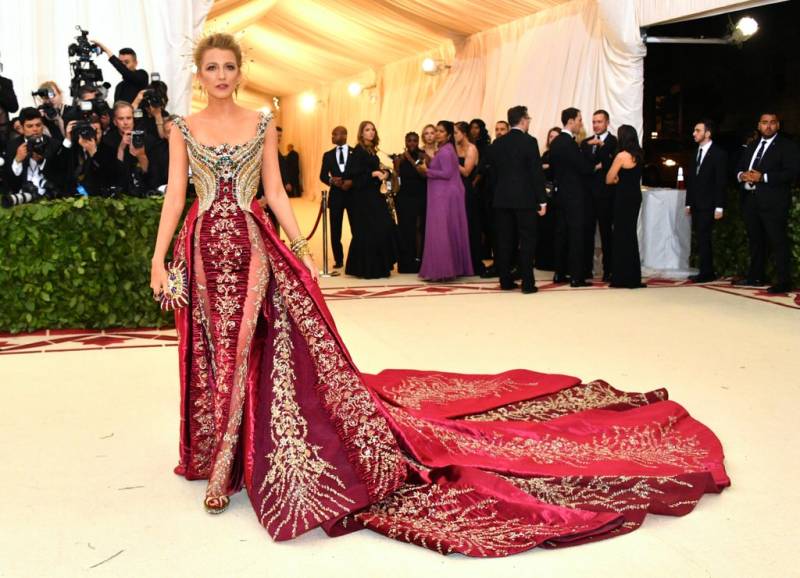 Blake Lively may have been reported to arrive late at the 2018 annual Met Gala, however it would be an understatement to say that the actress of Gossip Girl fame does not know how to make an entrance.

Since her entrance for this year's Heavenly Bodies: Fashion and the Catholic Imagination theme, in a stunning crimson Versace gown, people have said that hers might just be the best ensemble at the event on Monday night!

The dress which took more than 600 hours to create and that too all by hand is a masterpiece in its own right and looks like it wasn't light on the wallet either.

Everyone was raving about the ornate intricacies of the crimson gown, however there is one tiny but adorable detail most fans missed out on! The dress had it all; an ethereal embroidered bodice, beautifully bejeweled straps, a train that went on for miles and last but definitely not least her small customized Judith Leiber purse which most missed out on.

It is true that the 30 year old actress didn't give us a chance to notice this delightful little secret with her halo headpiece and amazing jewelry, but the details are just too cute to ignore! A true ode to her adorable little family with all the initials in one place!