Anne Hathaway to be honored with Walk of Fame star 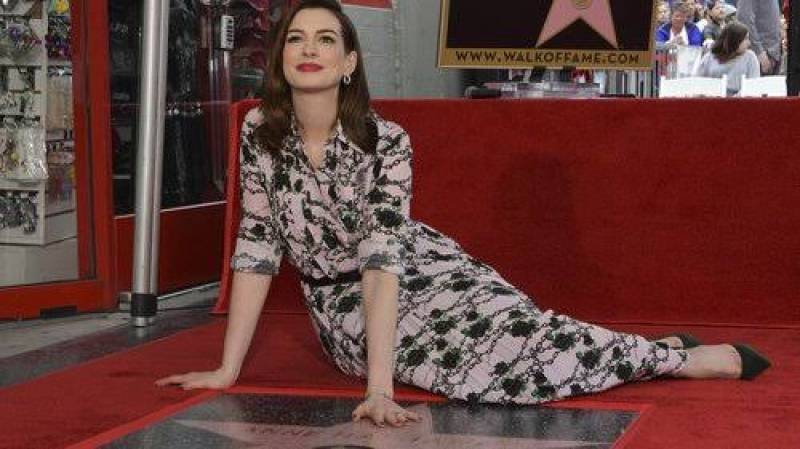 LOS ANGELES - Hollywood actress Anne Hathaway was honored Thursday with a star on the Hollywood Wlk of Fame, while promoting her new movie "The Hustle.

"I´m really very moved by every aspect of this," said Hathaway, 36, who thanked "the fans who showed up and gave me their time, and people who´ve been in my life for decades."

Hathaway´s star faces the entrance of the TCL Chinese Theatre, an iconic Hollywood tourist destination. It´s also next to that of Hattie McDaniel, the first black actress to win an Oscar for her role as the slave Mammy in "Gone With the Wind" in 1940.

Hathaway´s metaphorical star started to rise when she gained fame in 2001 with her motion picture debut as shy, bumbling high school student Mia Thermopolis in "The Princess Diaries."

Since then, she has gone on to star in best-supportingtain," "The Devil Wears Prada" and "Ocean´s 8." She also won an Oscar for best-supporting actress in 2013, for her portrayal of Fantine in "Les Miserables."

She was accompanied at the ceremony by her parents, her husband actor Adam Shulman, and actress Rebel Wilson, who co-stars with Hathaway in "The Hustle."

The film, which opens Friday in the US, follows Hathaway and Wilson as two scam artists who team up to take down the men who have wronged them.