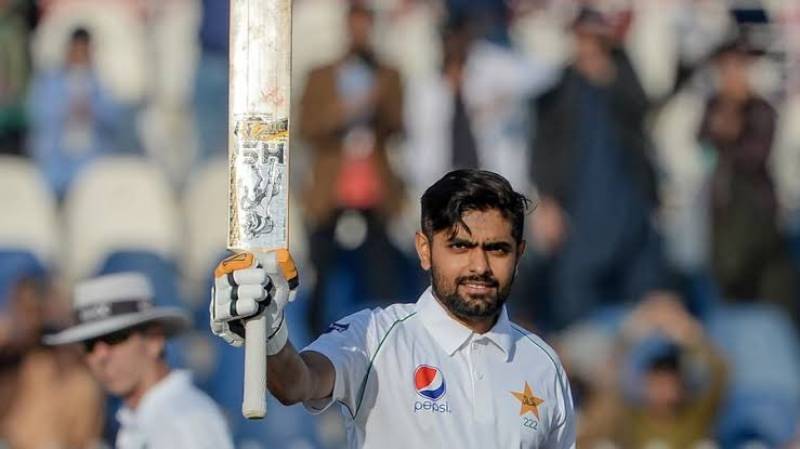 LAHORE – Pakistan skipper Babar Azam continues stunning the fans with his dazzling performance and victory as he has now become the first national captain to win his opening four Tests.

After crushing Zimbabwe in the second test to win the series, Pakistan have registered a sixth straight win.

Pakistan defeated South Africa in Tests and T20Is at home earlier this year and then won the T20I and ODI series in the return series before wrapping up the African safari with T20I and Test series wins in Harare.

Babar followed his two home Test wins against South Africa with victories by innings margins in Harare. The number-one ranked ODI batsman will now have a chance to get back to his run-scoring form in red-ball cricket when he captains Pakistan against the West Indies (two Tests) and Bangladesh (two Tests) in August and September, respectively.

The tour to Africa also brought the curtains down on the side’s 2020-21 international commitments during which they played nine Tests, six ODIs and 19 T20Is in the 10-month period under unprecedented Covid-19 restrictions and protocols.

During this period, Pakistan has climbed to fifth in the ICC Test Team Rankings, their highest since 2017; presently occupies second place behind England on the ICC Men’s Cricket World Cup Super League; and has retained fourth position in the T20Is.

PCB Chairman Ehsan Mani congratulated the side on the successful Africa tour and also thanked the players and support staff for enduring the tough and demanding Covid-19 protocols to fulfill their Future Tours Programme commitments that ensured the fans remained connected with the sport.

Ehsan Mani said: “On behalf of the Pakistan cricket fans, I want to congratulate the Pakistan men’s cricket team on completing successful tours of South Africa and Zimbabwe.

“The young and talented side through their performances under a blossoming and skillful captain and a committed and knowledgeable backroom staff have shown they are heading in the right direction. Nonetheless, a lot of work still needs to be done if they have to achieve their objective of featuring in the top-three across all formats by 2023.

“Winning six straight series during the Covid-19 pandemic only for the sixth time in our proud cricket history is a huge achievement and reflects how challenging and difficult it is has been to perform consistently at the highest level.

“I want to especially thank each and every member of the squad for standing up to the rigours and demands of the unprecedented Covid-19 restrictions. It has not been easy for the players to remain in confinements away from their families and friends for extended periods and yet expected to perform each time they have stepped on to the field.

“We have recently seen the impact of bio-secure environments on some international cricketers, but our players have shown tremendous resilience, mental toughness and focus during the past 10 months in which they clearly developed team unity and harmony that also helped them in their on-field performances.

“I have always emphasised and highlighted on the importance of uninterrupted development and growth of this great sport. In this context, I am pleased that our side has been a front-runner in the past 12 months by showing that cricket can thrive and progress even in these difficult and unusual times. Our tours to South Africa and Zimbabwe are a case in point.

“As one successful season ends, a quest for the next begins. I hope our team will be able to successfully translate their learning and experiences in the coming season, which will be more challenging with higher expectations but bigger rewards.”

Pakistan’s next international assignment is three Super League ODIs and three T20Is against England from 8-20 July, followed by the tour to the West Indies.

The International Cricket Council (ICC) on Monday announced the winners of the ICC Player of the Month Awards for April ...