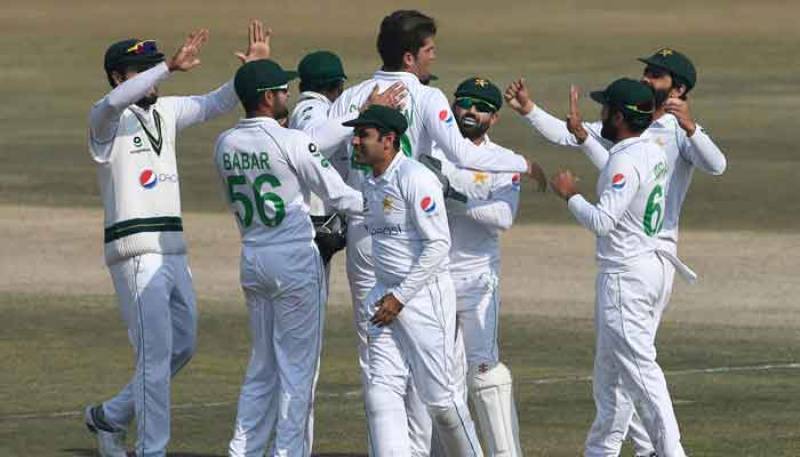 HARARE – Shaheens on Monday beat Zimbabwe in the second Test by an innings and 147 runs, clinching the series 2-0.

Men in green defeated the hosts by an innings and 147 runs, on the fourth day of the second and final Test at the Harare Sports Club and claimed the Test series.

Pakistan needed just one wicket which was taken by Shaheen Shah Afridi. The fast bowler bagged a five-wicket haul, finishing with figures of 5/52. Besides, Afridi blasting performance, left-arm spinner Nauman Ali also took five wickets as Pakistan closed in on victory by an innings having reduced hosts Zimbabwe to 220 for nine at the close on the third day.

They pick up the final wicket of Luke Jongwe to register a victory by an innings and 147 runs against Zimbabwe in the second Test.

The chevrons, who trailed 158 runs, lost 15 wickets on the day having been dismissed earlier for 132 in their first innings but held out in the fading light to force the game into the fourth day.

Zimbabwe’s right-handed batsman Regis Chakabva managed to score 80 in the second innings that included 13 fours and two sixes. Stand-in captain Taylor also smashed 49 from 31 balls but the hosts could not stem the rush as the Pakistani bowler picked up all the wickets.

HARARE – Bad light stopped Pakistan when they were just one wicket away from a second successive innings win ...

HARARE – Abid Ali struck his first Test century since December 2019 and Azhar Ali registered his 18th on the ...