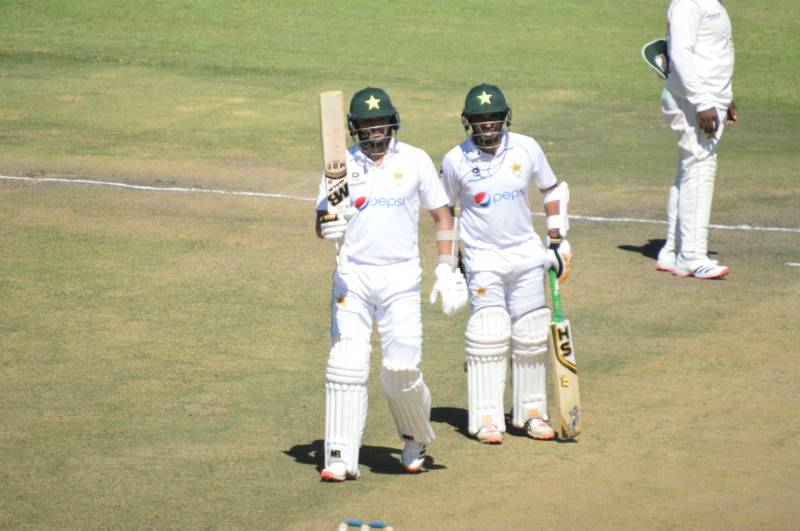 HARARE – Abid Ali struck his first Test century since December 2019 and Azhar Ali registered his 18th on the first day of Pakistan’s second Test against Zimbabwe at the Harare Sports Club on Friday.

Pakistan were 268 for four at the close of play as their last three wickets fell in the last hour of the evening session thanks to Blessing Muzarabani. The gangly right-arm pacer stood out for the hosts with the figures of three for 41

Pakistan made one change from the last Test – which they won by an innings and 116 runs – by handing debut to fast bowler Tabish Khan for whom all-rounder Faheem Ashraf made the way. Tabish makes his Pakistan debut after snapping 598 first-class wickets.

After calling the toss correctly, Babar Azam elected to bat and Pakistan were dealt with the first blow in the first hour with opener Imran Butt top-edging a rising short-pitched delivery from left-arm fast bowler Richard Ngarava to become his only wicket of the day.

That was Zimbabwe’s only success for the most part of the day as the pair of Abid and Azhar stitched a brilliant 236-run stand.

After providing the tourists a solid foundation in the morning session, the two batsmen played freely through the off side, cutting and driving the pacers and spinners alike after Lunch.

The hosts – looking to level the series – remained wicketless in the second session, which amplified their woes.

Azhar crunched 17 fours in his 126, which came off 240 balls, before he edged Muzarabani’s length delivery outside the off-stump to gully while going for a drive. This was Azhar’s first century against Zimbabwe.

Abid, unbeaten on 118, held his end as Muzarabani continued to topple wickets at the other. The Zimbabwe pacer engineered the big wicket of Babar Azam, making him drive in the similar fashion as Azhar only for the ball to go to the fielder at cover-point.

Fawad Alam, the left-handed batsman who scored a brilliant century in the first Test, chopped on what was another Muzarabani rising delivery.

Abid has smashed 17 fours from the 246 deliveries he has faced.

Sajid Khan, sent in as a night watchman, saw out 16 balls and was unbeaten on one.

Pakistan are in their quest to secure a second whitewash on trot after they defeated South Africa 2-0 at home earlier this year.

Seamer Hasan Ali has been declared player of the match in view of his superb performance in first Test match against ...