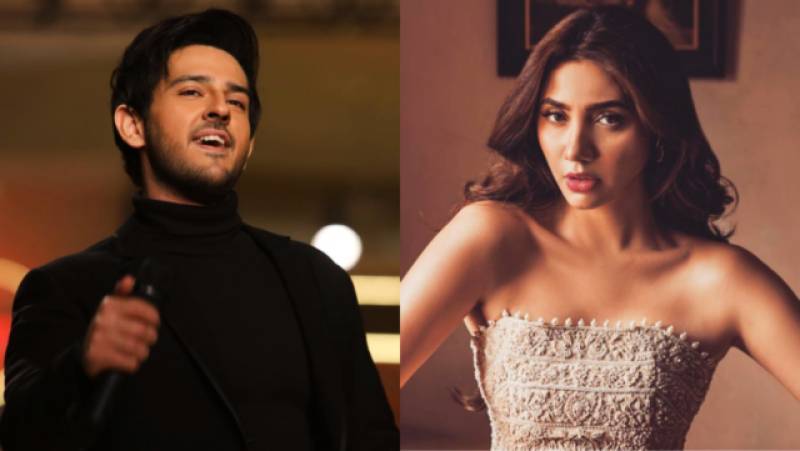 Eidul Fitr is just around the corner and the anticipation of the burgeoning list of songs, dramas and telefilms keep on piling up that is ensuring that the stay at home holiday will be memorable.

The latest to join the list is Azaan Sami Khan's new music video is out now which stars none other than superstar Mahira Khan. Needless to say, the video is a visual treat as it brims with exceptional aesthetic visuals.

The couple's on-screen glimpse hints at tons of chemistry keeping everyone hooked without giving much away.

All set to release under the banner of HUM Music, the song 'Tu' has already managed to bag a whopping 69,000 views and counting.

Azaan, the son of Adnan Sami Khan and Zeba Bakhtiar, turned to his Instagram handle as he shared the teaser leaving the fans gushing.

Azaan has worked on music for movies such as Parwaaz Hai Junoon and Parey Hut Love before releasing his first independent piece of work.

Further, the expectations are sky-high for the song since it stars Mahira Khan as the muse for Azaan Sami Khan's latest music video where she plays his love interest.

"That's always been the thought behind any artist's independent music. You get to know them better and that was also the idea behind this album — I wanted people to get to know me better as a person," he had said about the release.

Moreover, he is all set to make his acting debut in this drama serial where Yumna Zaidi and Sajal Aly will also share screen soon in Ishqelaa.