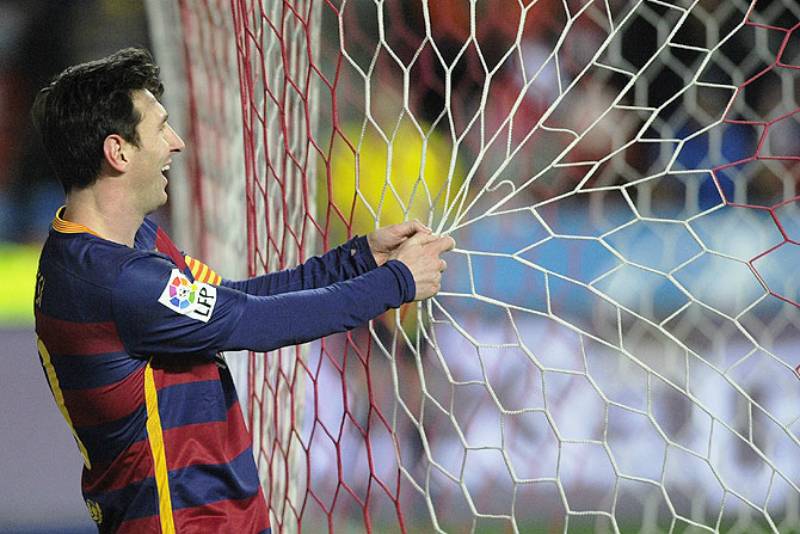 BARCELONA (Web Desk) - Lionel Messi has become the first player to score 300 La Liga goals after his double blast powered Barcelona to a 3-1 win at Sporting Gijon that sent them six points clear at the top of the table on Wednesday.

"To have Messi is a privilege," coach Luis Enrique told reporters. "We are where we wanted to be."

Leo is on fire! 300 league goals, each one as magical as the last ? ? #BeTheDifference #Messi15 pic.twitter.com/ylq9Oer0pb

The match at El Molinon was originally due to be played in December but had to be switched because of Barca's involvement in the Club World Cup in Japan. 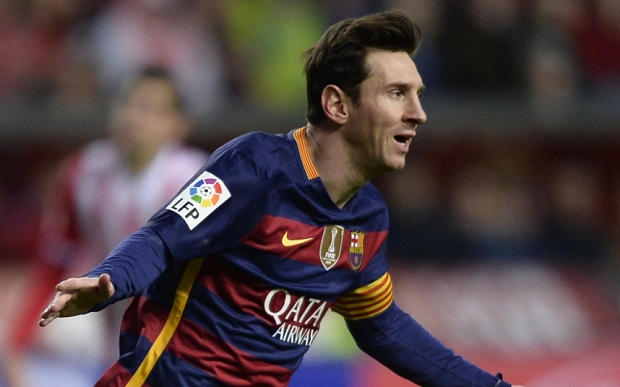 Barca now have 60 points from 24 matches, six more than second-placed Atletico Madrid and seven ahead of Real Madrid.

Messi grabbed his landmark 300th La Liga goal in the 25th minute when he cut in from the right, past two defenders on the edge of the box, and hit a left-foot shot into the bottom corner.

The lead lasted two minutes before Gijon launched a fast counter-attack as Pablo Perez passed to left winger Alex Menendez and his low cross was turned home at the far post by striker Carlos Castro. 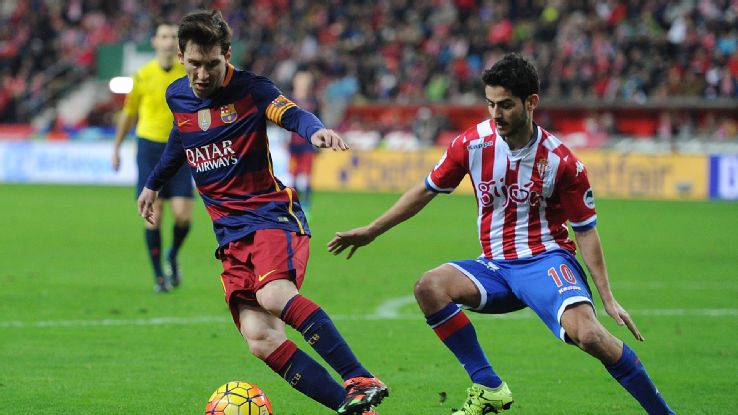 Messi, playing in his 334th La Liga match, restored Barca's lead just past the half hour when Suarez shielded the ball with his back to goal and laid it off to the Argentine who steered it into the net with the outside of his left foot.

No player in France or Italy has hit 300 top-flight goals.

Messi still has time to take top spot from Muller. His strike against Sporting Gijon means he has netted his 301 goals in 334 games - a rate of 0.90 goals per game. 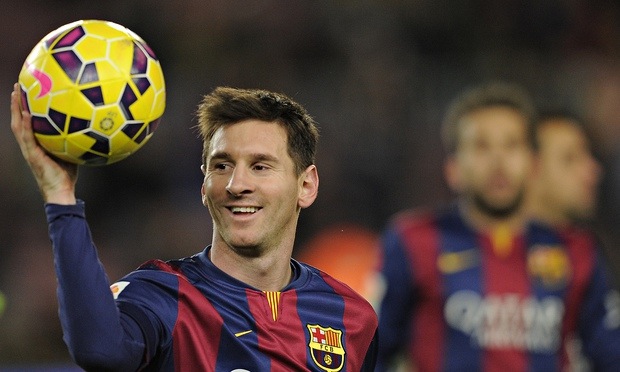 If he continues scoring at the same rate, Messi will take just 72 games to net the 65 he needs surpass Muller.

So, come the 2017/18 season, Messi could be the leading scorer in the history of Europe's major leagues.