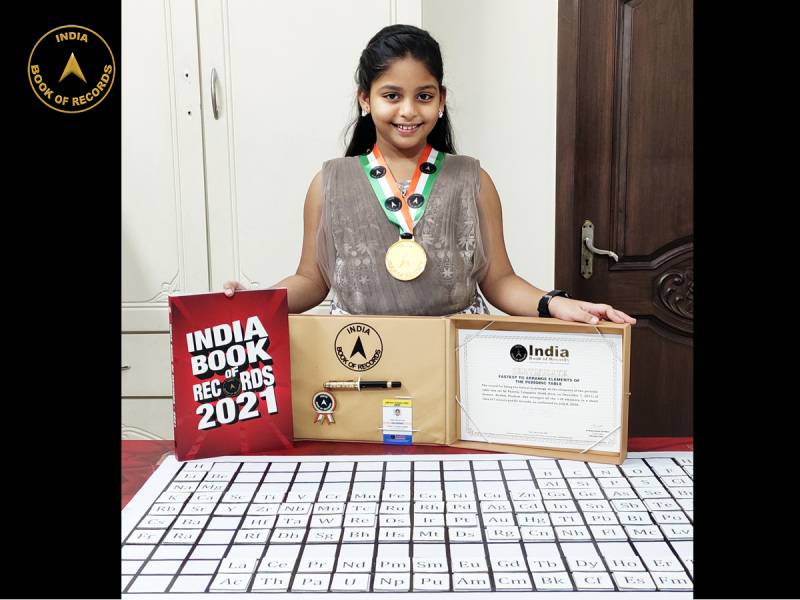 A nine-year-old Indian girl has broken the world record for fastest arrangement of the Periodic Table of Elements in 1 minute 43 second, making it to the Guinness World Records.

Fazeela Tabassum Shaik, who hails from Chilakaluripet town in Guntur district of India's Andhra Pradesh state, has broken the record, previously held by a Pakistani girl, who had bagged the feat in 2 minutes 27 seconds.

Tabbassum’s father, Shaik Raheem, is a teacher at Pedanandipadu village. Raheem said that his daughter first came close to breaking the record at CR College on January 12 when she arranged all 118 elements in the periodic table in 1 minute 57 seconds, the Times of India reported.

After going through the videos sent by Raheem, the team of Guinness asked him to share son randomisation videos of the event.

He said that he recorded a fresh video at home in which my daughter managed to arrange all the elements in 1 minute 43 seconds.

He said that Guinness World Records has recognised Tabassum’s achievement and sent a certificate.

KARACHI – A proud moment for Pakistan as a young boy from Thar, Sindh has smashed the world record for the ...