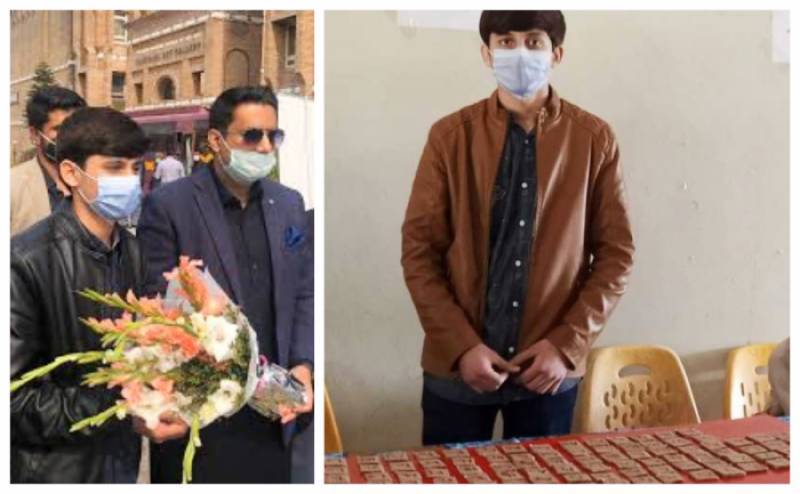 KARACHI – A proud moment for Pakistan as a young boy from Thar, Sindh has smashed the world record for the arrangement of the periodic table within an extraordinary time span of 1 minute and 58 seconds at the ISF2021.

Earlier, Rohan Kumar successfully arranged 118 elements of the periodic table within three minutes and in 30 seconds. He was determined to break the world record of Pakistani girl Natalia Najam whose record was of 2 minutes and 42 seconds.

A student of 9th grade at a local private school in Mithi town, the headquarter town of Tharparkar district, Kumar has now become the fastest in the world to arrange the chemical elements of the periodic table in the shortest possible time.

''Preparing the periodic table of 118 elements in such a short time is very difficult but Rohan did it successfully proving that he possesses God-gifted talent,'' he told Independent Urdu.

Woo-hoo 🥳 Tharparkar is a treasure full of talent 🤩 Rohan, we are glad to have hosted you and witnessed you breaking the record at #ISF2021. Congratulations young Rohan. We wish you break more records and achieve what you aim for 🙌🏽#TharSciFest2021 w/ @TharEduAlliance soon 🎉 https://t.co/6reWBQmHgX

Kumar achieved the record after arranging all elements at Islamabad Science Festival (ISL). The event was attended by Deputy Commissioner Islamabad Hamza Shafaqat and KPK Education Minister Shahram Khan Tarakai. Najam accomplished the feat by breaking the record previously held by another Pakistani girl Natalia Najam who completed the same task in 2 minutes and 42 seconds.

Previously, the prestigious title was held by Indian economics professor Meenakshi Agarwal who completed the same task in 2 minutes and 49 seconds.