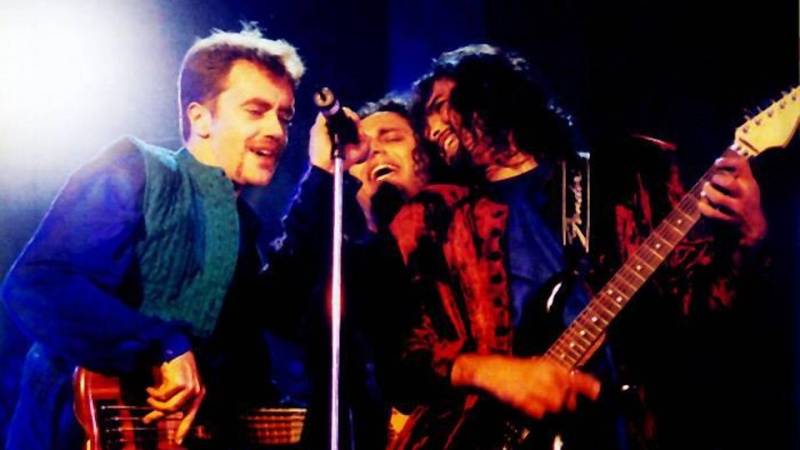 LAHORE - Who can forget Pakistan’s biggest former rock band rock band, Junoon. The band had millions of fans across Pakistan and none can forget the members Ali Azmat, Salman Ahmed and Brian O’Connell. Their performances mesmerized a whole generation and inspired them to read Sufi poetry and literature.

However, in 2005, the band split as Brian returned to the US, and Azmat and Ahmad went their separate ways launching solo careers.

Sayonee was the hit single of 1997 from Junoon, later on this song was featured in Coke Studio Season 10 sung by Ali Noor and Rahat Fateh Ali Khan.