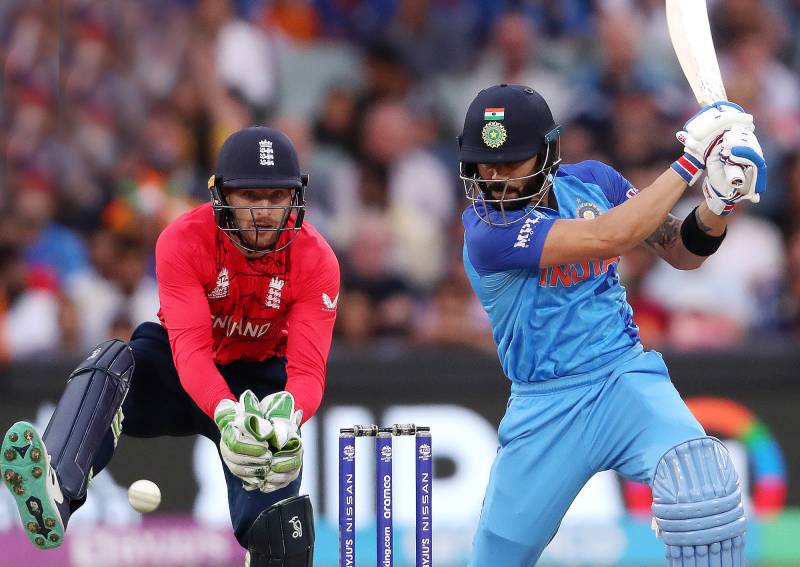 Skipper Jos Buttler and power hitter Alex Hales showed A-game since the start of a crucial game. The duo creamed 63 runs in the powerplay and slammed half-tons to make a mockery of Men in Blue.

To the MCG in style 🤩

In the first innings, Kohli etched his name in history books as he completed 4000 T20I runs during his knock of 40-ball 50. Rohit Sharma also played well and with the help of Kohli, he raised a 47-run partnership for the second wicket and took the scoreboard to 56/1 before being dismissed by Chris Jordan.

Later, Hardik Pandya run riot after star batter Virat Kohli hit a magnificent half-ton, helping India to set a 169-run target. He took a stunner against England bowlers in the last overs as he slammed five sixes and four powerful boundaries, before returning to the pavilion.

For Poms, Chris Jordan got three scalps but remained the most expensive of all the bowlers as he conceded 43 runs.

The temperature is expected to hover around 21°C on the matchday with 54% humidity and 19 km/hr wind speed. There are no chances of rain during the game.